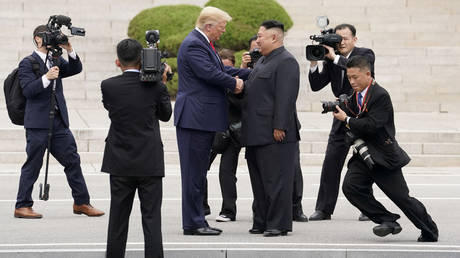 President Donald Trump has insisted that the US will stick to its goal of denuclearizing the Korean peninsula, saying that Kim Jong-un is “too smart and has far too much to lose” to do otherwise.

“Kim Jong Un is too smart and has far too much to lose, everything actually, if he acts in a hostile way,” Trump tweeted on Sunday. “He signed a strong Denuclearization Agreement with me in Singapore. He does not want to void his special relationship with the President of the United States.” (RT)