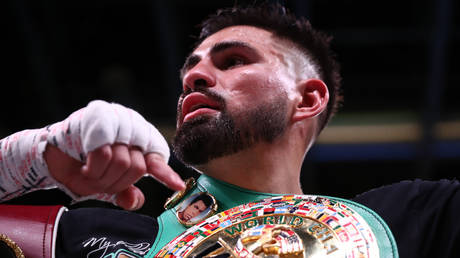 The WBC and WBO light-welterweight world title showdown between Jose Ramirez and Viktor Postol scheduled to take place in Haikou, China has been postponed amid fears of the spread of the deadly coronavirus in the country.

The fight was scheduled for February 1 in the Chinese province of Haikou but according to Top Rank CEO Bob Arum, the clash will be rescheduled for a later date following growing concerns about the spread of the fatal illness, which has claimed a reported 26 lives in China alone.

There have been a further 500 cases being suspected across the globe and measures to halt its spread via traditional travel methods are being undertaken.

Stay tuned for updates on a new #RamirezPostol date/location.

One such safeguard is to limit the public assemblies, such as that at a boxing match, until the virus has been successfully contained.

“We hope the situation is brought under control soon,” Arum said of the situation. “The health and safety of our fighters and everyone working on the event is the most important thing.” (RT)