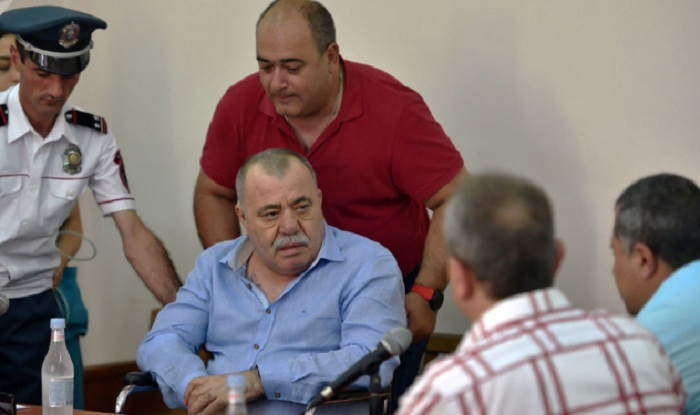 Armenian general, ex-MP Manvel Grigoryan has been evacuated from Nagorno-Karabakh to a Yerevan hospital in a critical condition, his lawyer Levon Bagdasaryan said.

According to the lawyer, Grigoryan has been in Nagorno-Karabakh since October 7.

“On October 20, Grigoryan’s health deteriorated, and he was rushed to Armenia at the doctors’ request. He did not want to return, he refused to leave the hospital, but the doctors insisted. He is in intensive care now,” Bagdasaryan said.

In June 2018, Armenia initiated a criminal case against Grigoryan accused of illegal possession of weapons, tax evasion and embezzlement of state property worth over 1 billion drams.

In 2020, Grigoryan was released from prison due to his health problems.

Grigoryan was involved in the Khojaly genocide, looting of Azerbaijanis’ property during the occupation of Fizuli and Jabrayil regions, torture of prisoners of war, massacres, as well as hostage-taking, torture and murder of civilians.