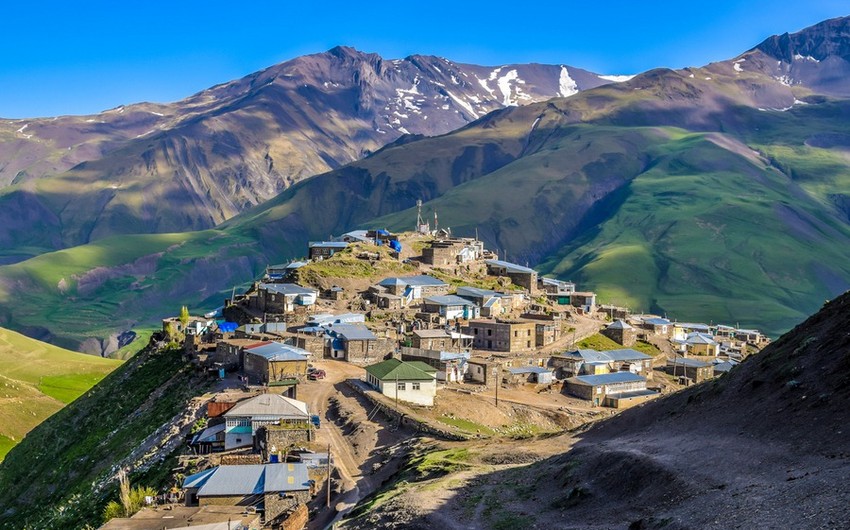 According to the agency, the project’s primary purpose is to identify the best examples of tourism development in rural areas, as well as to identify villages that have preserved their uniqueness, cultural and historical heritage for many years, and meet the requirements of modern tourism.

Khinalig State Historical-Architectural and Ethnographic Reserve was established in 2007 in the territory of Khinalig village, which is protected by the state as a monument of world importance. The Khinalig State Historical-Architectural and Ethnographic Reserve, which operates under the auspices of the State Tourism Agency, is considered an example of cultural heritage with a unique medieval architectural structure and a mysterious natural landscape.

In 2020, it was included in the UNESCO World Heritage Tentative List as “Khinalig, a medieval mountainous village.” The process of writing a nomination file for inclusion in the UNESCO World Heritage List is underway. The document, prepared by the State Tourism Agency and included in the Tentative List, mentions the village’s ancient language, nomadic lifestyle, ancient architectural traditions in the Caucasus Mountains and the Khinalig community’s harmonious way of life in harmony with nature.

Archaeological excavations and research are being carried out in the ancient Khinalig village. Currently, excavations are underway at the old cemetery Kima Ligebirish, which covers more than 3 hectares. Material and cultural samples found during the excavation are now kept in the scientific fund of the reserve, and some of them are displayed to local and foreign tourists visiting Khinalig. In addition, ancient epigraphic monuments and rare manuscripts found in the village are studied. Religious monuments – shrines and tombs located in the village are registered.

Before the repair work began in the area, the specialists of the State Tourism Agency prepared a booklet “Khinalig-Restoration Instructions” following international standards and the Regeneration Plan of the area.