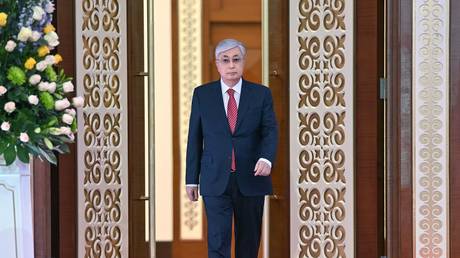 Kazakhstan will prioritize cooperation with its close neighbors, including Russia and China, President Kassym-Jomart Tokayev said on Saturday in his inauguration speech after being re-elected. The nation will pursue a “balanced” foreign policy guided by its own interests, he added.

“[We] will focus our priority attention on … mutually beneficial cooperation and strategic partnership” with Moscow, Beijing, “and the brotherly nations of Central Asia,” Tokayev emphasized.

The country will remain committed to international law and the UN Charter, the president noted. It will also not abandon its multi-vector cooperation with other states, he said, mentioning that Astana would continue to work with the US, EU, Middle Eastern nations, as well as all other interested parties.

The newly re-elected president had earlier announced a series of sweeping reforms designed to alter the country’s key governing institutions. Tokayev particularly stressed the need to transform the “super-presidential” republic into a more balanced one, and suggested limiting a presidential term to seven years. 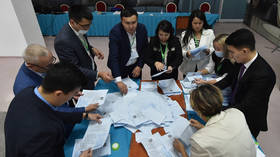 The incumbent Tokayev secured a landslide victory in last weekend’s snap election, securing over 80% of the vote. He first came to power in 2019 after the decades-long rule of Kazakhstan’s first president, Nursultan Nazarbayev.

The presidential election was announced in September, months after a wave of civil unrest rocked the Central Asian nation in January. In the first half of next year, the country is also set to hold parliamentary elections.

Last Monday, Russian President Vladimir Putin congratulated Tokayev on his re-election, noting that he had been granted a mandate of trust from the Kazakh people, which opens up the opportunity for him to advance his vision for the nation’s development.

Putin added that the strategic partnership and alliance between Russia and Kazakhstan, which are based on “traditions of friendship, mutual respect and good neighborliness,” were developing “very successfully.” (RT)