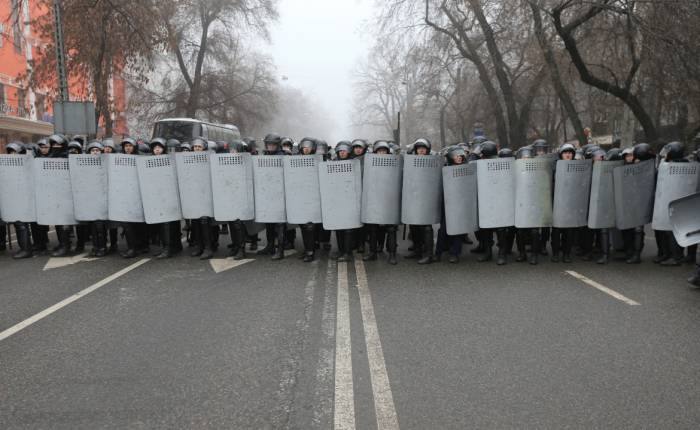 The total amount of damage for all types of property in Kazakhstan’s Almaty was nearly 112 billion tenge ($260 million), Ilyas Userov, deputy mayor of the city, said via Kazinform.

Userov said that among the city’s small and medium-sized enterprises, non-food stores suffered the biggest damage (20.9 billion tenge or $40.8 million).

By the instructions of Almaty’s mayor, the city and district commissions for the damage assessment have been created and are operating. Almost all services and organizations are involved in the work of the commissions, including Atameken, representatives of the Chamber of Independent Appraisers and Auditors.

According to preliminary data (as of January 14), the total amount of damage for business entities equaled 67 billion tenge or $150 million (SMEs – 42 billion tenge or $96 million, and large businesses – 25 billion or $57 million).

Read more:   Startuppers from Azerbaijan to compete in international forum held in Tbilisi

The preliminary damage for financial organizations (bank branches, ATMs), amounted to 701.7 million tenge ($1.61 million). The Agency for Regulation and Development of the Financial Market, together with second-tier banks, continues to collect data on the damaged facilities. The results will be known in the coming days.

Kazakhstan’s government announced late Jan. 4 that it was restoring some price caps on liquefied petroleum gas, after the rare protests reached Almaty following a sharp rise in the price of the fuel at the start of the year.

Many Kazakhs have converted their cars to run on LPG, which is far cheaper than gasoline as a vehicle fuel in Kazakhstan because of price caps. But the government argued that the low price was unsustainable and lifted the caps on Jan. 1.

After the price of the fuel spiked, big demonstrations erupted on Jan. 2 in certain parts of the country. Public protests are illegal in the country unless their organizers file a notice in advance.

Following the development of the situation, the government declared a state of emergency all over the country. Kazakh President Kassym-Jomart Tokayev said the government initiated anti-terrorist operations to deal with the ongoing riots.

Also, the divisions of the united peacekeeping contingent of CSTO (Collective Security Treaty Organization) arrived in Kazakhstan to assist in restoring order and help protect strategic objects of the country.