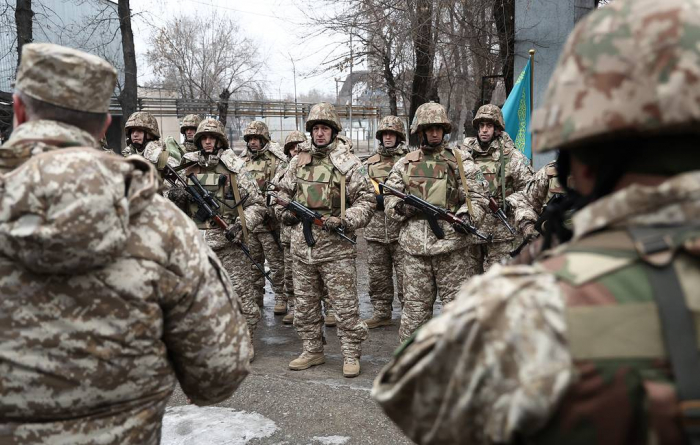 Kazakh President Kassym-Jomart Tokayev said that the withdrawal of the CSTO peacekeeping contingent from the country will begin in two days, according to TASS.

“Overall, the acute phase of the counter-terror operation is over. The situation is stable in all regions. Due to that, I am stating that the main mission of the CSTO peacekeeping forces has been successfully completed. A gradual pullout of the CSTO united peacekeeping contingent will begin in two days. The process of the contingent’s withdrawal will take no more than 10 days,” the Kazakh leader said addressing the Mazhilis (lower house) on Tuesday.

He noted that coup attempts in Kazakhstan have failed. “The attempts of a state coup, attempts on the country’s territorial integrity have failed. We’ve defended Almaty and other regional centers together, as a single nation. They will be restored as soon as possible,” the head of state said.

The Kazakh leader noted that not all law enforcement agencies stayed loyal to their duty.

“In a number of cities, National Security Committee department heads abandoned the premises without engaging in combat, leaving weapons and classified documents there, despite having sufficient combat arsenal,” the president said.

Protests erupted in several Kazakh cities on January 2, escalating into mass riots with government buildings getting ransacked in several cities a few days later. The ensuing violence left scores of people injured, with fatalities also being reported. Subsequently, Kazakh President Kassym-Jomart Tokayev turned to the Collective Security Treaty Organization (CSTO) requesting assistance from the Russia-led bloc. As a result, peacekeepers have already been deployed to Kazakhstan. Law and order, Kazakh authorities affirm, was restored to all of the country’s regions by the morning of January 7. The most complex situation remains in Almaty. The Kazakh president declared January 10 the day of national mourning in the republic.