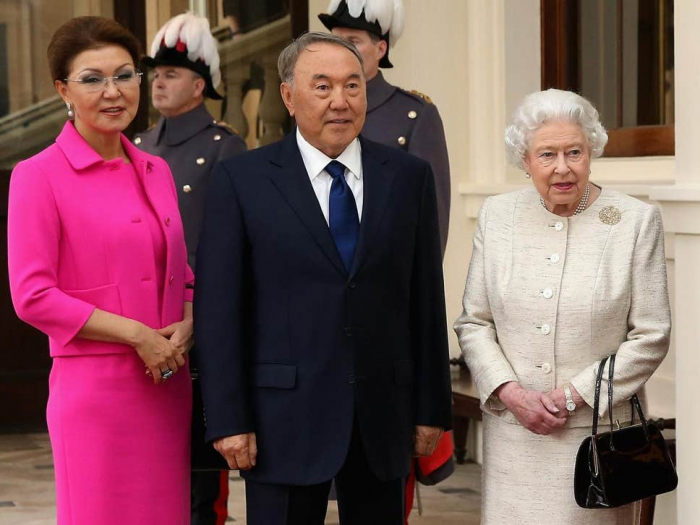 A Kazakh politician has won a legal challenge against attempts to force her and her son to reveal the funds used to buy prime London properties worth £80m.

The three homes were the target of unexplained wealth orders (UWOs) issued because of allegations they were “acquired as a means of laundering the proceeds of unlawful conduct by Rakhat Aliyev”, the High Court heard.

His ex-wife – politician Dariga Nazarbayeva – and son provided records to the National Crime Agency (NCA) that they said showed the properties were unconnected to Mr Aliyev, and launched a judicial review after the UWOs were not withdrawn.

She said the “NCA’s assumption that Mr Aliyev was the founder” and financial sponsor of foundations listed as registered owners of the properties was “unreliable”.

The judge said there was “cogent evidence” that Dr Nazarbayeva and their son Nurali Aliyev founded the companies and provided money to purchase them.

Dr Nazarbayeva, 56, is the current chair of the Senate of Kazakhstan and was previously the country’s deputy prime minister.

She is the daughter of former president Nursultan Nazarbayev and political analysts predict she may seek the same post in future.

Nurali Aliyev is one of the three children she had with Mr Aliyev before their divorce in 2007.

The businessman and diplomat, who had previously risen to become a senior member of the Kazakh government, fell out with Nazarbayev and was driven into de-facto exile.

Mr Aliyev was accused of crimes including murder, corruption, money laundering, torture and fomenting a coup against his former father-in-law.

He died in an Austrian prison in 2015, while awaiting trial accused of killing two bankers in Kazakhstan, after apparently killing himself.

The NCA alleged that “whilst alive, Rakhat Aliyev was involved in serious crime during public office and subsequently”, and that his family had been “involved in laundering the proceeds of his unlawful conduct through the acquisition and handling of assets”.

Read more:   Ilham Aliyev thanks Belarus for its stance on conflict in Nagorno-Karabakh

It issued UWOs against the three properties in May 2019, saying they were originally bought for more than £80m and held by offshore companies.

The NCA obtained interim freezing orders, meaning they could not be sold, transferred or dissipated while the investigation continued.

One of the properties, a high-security mansion in The Bishops Avenue in Hampstead, north-west London – often referred to as “Billionaires’ Row” – is currently occupied by Nurali Aliyev.

The two other properties were an apartment in Chelsea, which campaign group Transparency International said is worth £3m, and a large house near Highgate Golf Club in north London.

The High Court discharged all three UWOs against the properties.

A spokesperson for Dr Nazarbayeva said she had been “entirely vindicated” by the judgment, adding: “It is frustrating and disappointing that she has had to take this action to fight these draconian proceedings and clear her name.”

Nurali Aliyev called the UWOs “groundless and vicious”. He said: “This resulted in us having to battle to keep our children’s names private. Today we have been vindicated and as a family we now respectfully ask for privacy.”

The NCA announced that it would appeal the ruling, saying it had “always expected” significant legal challenges to UWOs, which were introduced in 2018.

The Aliyev case was the second time the powers were used, following an order against the wife of an Azerbaijani banker that also sparked legal action.

Graeme Biggar, director general of the National Economic Crime Centre, said: “We disagree with this decision to discharge the UWOs and will be filing an appeal. These hearings will establish the case law on which future judgments will be based, so it is vital that we get this right.

“The NCA is tenacious. We have been very clear that we will use all the legislation at our disposal to pursue suspected illicit finance and we will continue to do so.”