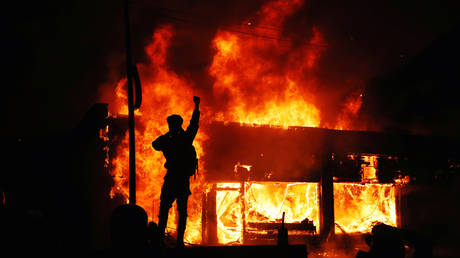 Outside forces have hijacked protests over George Floyd’s death across the US and turned them violent, US Attorney General William Barr said, echoing earlier statements by Minnesota officials.

“Groups of outside radicals and agitators are exploiting the situation to pursue their own separate and violent agenda,” Barr said after several days of rioting in Minneapolis, New York, Atlanta, Portland and other cities prompted by the death of African American George Floyd during his arrest. (RT)