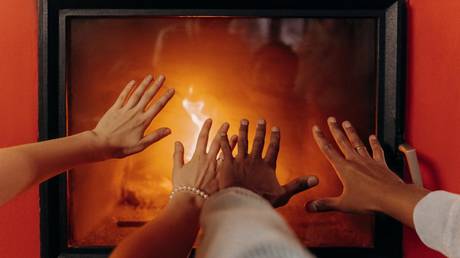 It was only a matter of time, really. In a globalized world, energy crunches can hardly remain regionally contained for very long, especially in a context of damaged supply chains and a rush to cut investment in fossil fuels.

The energy crunch that began in Europe earlier this month may now be on its way to America. For now, all is well with one of the world’s top gas producers. US gas exporters have enjoyed a solid increase in demand from Asia and Europe as the recovery in economic activity pushed demand for electricity higher. According to a recent Financial Times report, there is a veritable bidding war for US cargos of liquefied natural gas between Asian and European buyers – and the Asians are winning.

Coal exports are on the rise, too, and have been for a while now, especially after a political spat had China shun Australian coal. But supply is tightening, Argus reported earlier this month. In July, according to the report, US coking coal exports dropped by as much as 20.3% from June. The report noted supply was constrained by producers’ limited access to funding and a labor shortage that has plagued many industries amid the pandemic.

All this should be good news for US producers of fossil fuels. But it may easily become bad news as winter approaches. The Wall Street Journal’s Jinjoo Lee wrote earlier this week high energy prices could be the next hot import for the United States. Lee cited data showing gas inventory replenishment was running below average rates for this season, and gas in storage in early September was 7.4% below the five-year average.

Coal inventories are also running low because of stronger exports, with prices for thermal coal three times higher than they were a year ago. According to calculations from the Energy Information Administration cited in the WSJ report, coal inventories in the United States could fall to less than half last year’s inventory levels by the end of the year. Last year, energy demand was depressed because of the pandemic. This year, the US economy is firing on all cylinders once again.

No wonder electricity prices are already going up.

In a way, the events in Europe could be seen as a trailer of what might happen in the United States. It is a trailer because it shows all the worst bits. The United States is much more energy independent than, say, the UK, and that’s a big plus. Yet exports bring in revenues, and it would require government intervention to make gas producers cut exports.

In an alarming move, such intervention was requested last week by a manufacturing industry group. Industrial Energy Consumers of America, an organization representing companies producing chemicals, food, and materials, asked the Department of Energy to institute limits on the exports of liquefied natural gas in order to avoid soaring prices and gas shortages during the winter, Reuters reported on Friday.

Opinions seem to differ on whether rising LNG exports are in fact hurting US consumers. But the fact is that gas prices are already double what they were a year ago. According to the IECA, they are not, however, high enough to motivate a ramp-up in natural gas production. Therefore, in order to stockpile enough gas for the winter, the US government must force a reduction in exports.

The LNG industry is, of course, against this. The executive director of Center for Liquefied Natural Gas told Reuters most LNG exports are shipped under long-term fixed-price contracts that have no relation to benchmark gas prices and their movements. Yet some cargos are sold on the spot market.

“Buyers of LNG who compete for natural gas with U.S. consumers are state-owned enterprises and foreign government-controlled utilities with automatic cost pass through,” Paul Cicio, president of IECA, said, as quoted by Reuters. “US manufacturers cannot compete with them on prices.” (RT)