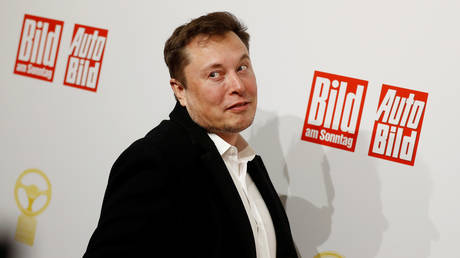 A California jury sided with Elon Musk, clearing him of defamation charges brought by a British diver whom the eccentric billionaire called a ‘pedo’. Musk insisted his tweet was meant as an insult, not an accusation of pedophilia.

It took the Los Angeles jury less than an hour to reach a not-guilty verdict in a trial that kicked off earlier this week. The high-profile spat between Musk and Vernon Unsworth dates from July 2018, when the billionaire and the expat squared off over the dramatic rescue of a Thai youth soccer team from a flooded cave.

Also on rt.com Billionaire Elon Musk says he’s strapped for cash after being sued for defamation over ‘pedo guy’ comments

Unsworth, who lives in Thailand and is an expert in cave diving, mocked Musk’s proposal to send in a custom-built miniature submarine to facilitate the mission as a PR stunt, suggesting he “stick his submarine where it hurts.” Musk fired back with a tweet calling Unsworth a “pedo guy” while goading him to file a lawsuit, which the latter eventually did.

Musk later apologized and deleted the tweet, telling the court that he perceives Twitter a “war zone” and his offhand remark as an insult, rather than a malicious lie to slander the diver.

Upon exiting the courtroom, the relieved Tesla and SpaceX CEO said that he was pleased with the verdict.

“My faith in humanity is restored,” he told reporters.

There has been mixed reaction on social media, with some arguing that Musk was given a pass by the jury because of his celebrity billionaire status. (RT)