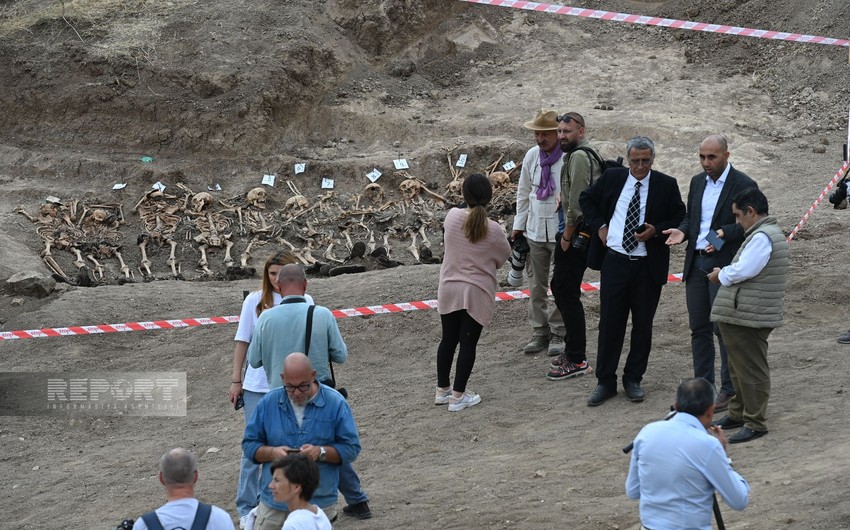 A group of Azerbaijani NGO representatives and employees of foreign and local media organizations visited the area where the mass grave was discovered again in Edilli village of the Khojavand district.

Report’s employee seconded to the Khojavand district informs that the representatives of the relevant institutions provided detailed information to the journalists about the remains found in the discovered mass grave and the work done.

As reported, the items found on and around the remains of 12 people in the cemetery make it possible to assume that they were soldiers.

Besides, from the discovered remains, it can be seen that the hands and feet of those people were tied to each other with wire or rope before they died.

Adalat Hasanov, director of the Forensic Medical Expertise and Pathological Anatomy Unit of the Ministry of Health, told the Report employee that the remains believed to belong to 12 soldiers may be not the last:

“Excavation will continue after the remains are removed following the relevant regulations. There may still be remains under them.”

He said excavation works will be carried out in other places in the territory of Edilli village.

The official of the Ministry also noted that the remains of 12 soldiers found in Edilli village of the Khojavand district will be examined soon based on the decision of the General Prosecutor’s Office.