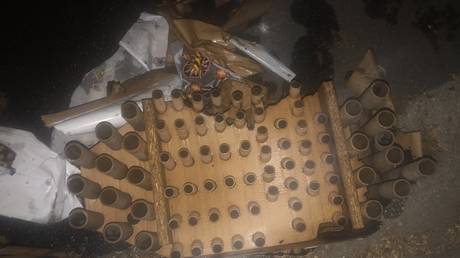 Rioters have targeted the home of right-wing journalist Cassandra Fairbanks, who says they fired shots and pounded on windows, terrifying her and her child. The unwanted visitors came after Fairbanks received death threats online.

In a Twitter thread, Fairbanks recounted how her Washington DC residence was singled out by assailants who “fired gunshots and fireworks” at her house. As the group pounded on her windows, Fairbanks ordered her daughter to lay on the floor and lock her door. The popular alt-media figure said that she had a loaded gun at her side and had been prepared to use it.

People just showed up at my house where I’m alone with my nine year old daughter and fired gunshots and fireworks at my house. After my address was posted online while I was receiving hundreds of death threats for 3 days. I caught the tail end when I hung up on 911 bc they said pic.twitter.com/jctXUwajLC

“I’ve never pulled a gun out with the intent to shoot like this before. I’m wide awake now. So much for sleep,” she wrote. Luckily it never came to that and the group went away. But she explained how she was filled with anxiety and terror as she waited for police to arrive – who had their hands full with ongoing riots and looting in the city.

Describing the mysterious assailants as “rioting, terrorist scum,” she noted that she had received an uptick in online threats in the last three days, and that her address had been posted online – apparently in retaliation against her coverage of the protests that have rocked the country. “This lawlessness is ridiculous,” she wrote.

She also shared photographs of dozens of tubes used to shoot off fireworks, as well as a video in which you can hear loud crackling. According to Fairbanks, her neighborhood has an abundance of security cameras which the police are using to identify her attackers. (RT)