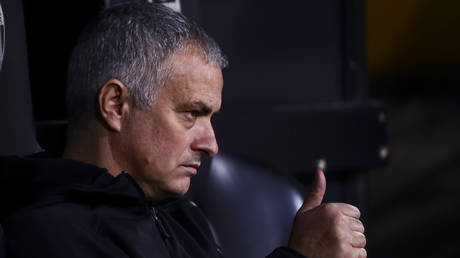 “Madrid KO” and “without soul” screamed the headlines in the Spanish press after Zinedine Zidane’s Real Madrid team were handed a 3-0 hammering by Paris Saint-Germain in their Champions League opener on Wednesday night.

Real were outplayed and outclassed in Paris, ripped apart by former player Angel Di Maria – who scored twice – and outworked in almost every department by a PSG side that did not even contain its first-choice frontline of Neymar, Kylian Mbappe and Edinson Cavani.

Zidane himself said he was “disturbed” by aspects of what he had just seen, lamenting that “it’s my team without the necessary intensity.”

It was the first time in 13 years that Real have fallen to an opening defeat in a Champions League campaign – and it has piled more pressure on Zidane just six weeks into the new season. 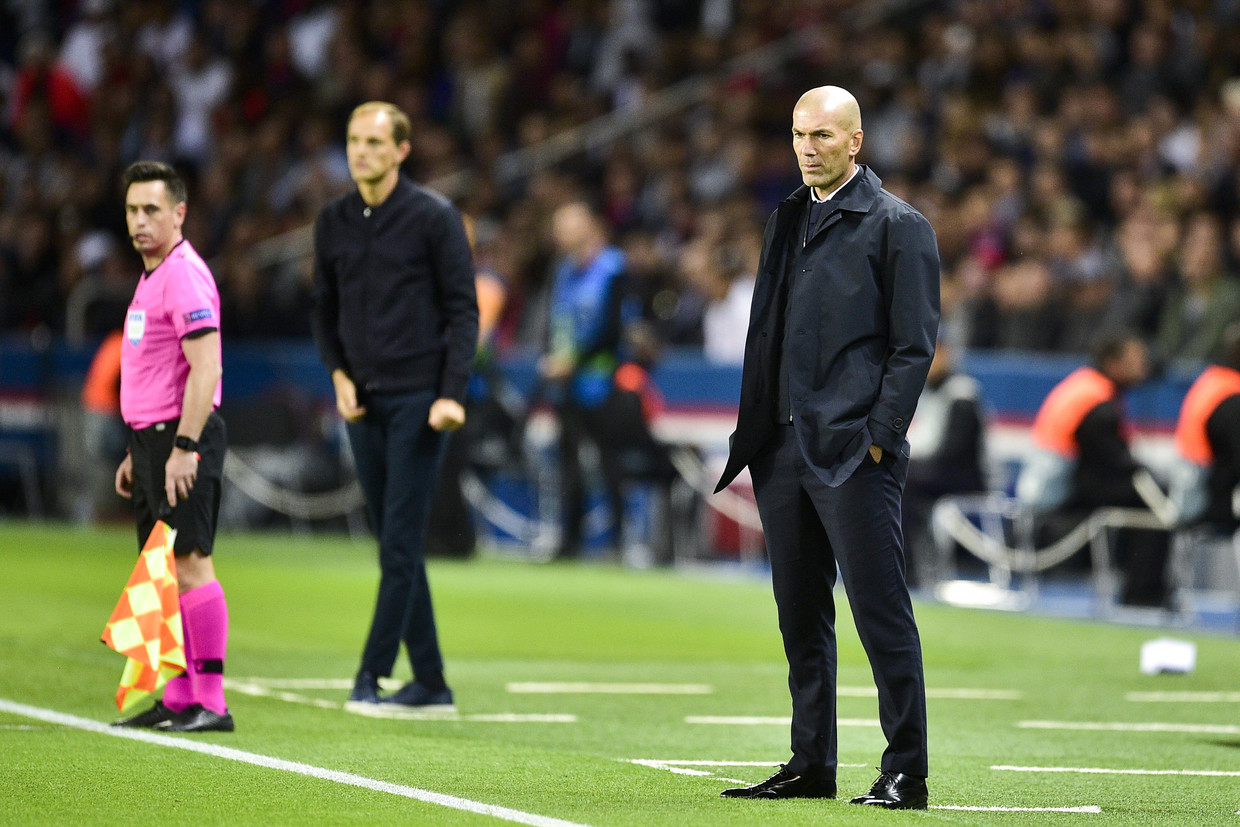 This is Zidane’s second coming as Real manager, and it is not going to plan.

The Frenchman was backed handsomely in the transfer market on his return to the Bernabeu, with the arrival of Eden Hazard as well as the likes of Luka Jovic, Eder Militao and Ferland Mendy.

But Hazard has struggled to settle, Militao has hardly featured, Mendy has been hampered by injury, and Jovic is already in danger of being written off as an expensive mistake.

Zidane has also been forced into a humiliating U-turn over his plans to offload Bale, while decisions such as allowing Dani Ceballos and Reguilon to head off on loan – to Arsenal and Sevilla respectively – have been questionable.

Zidane’s first spell in charge – in which he guided Real to a famous ‘threepeat of Champions League successes – was characterized by an ability to maintain harmony within a camp containing the galaxy of stars such as Ronaldo, Ramos and Modric; massaging egos and coaxing the best out of a team that, especially on the big European nights, rarely failed to live up to the occasion. 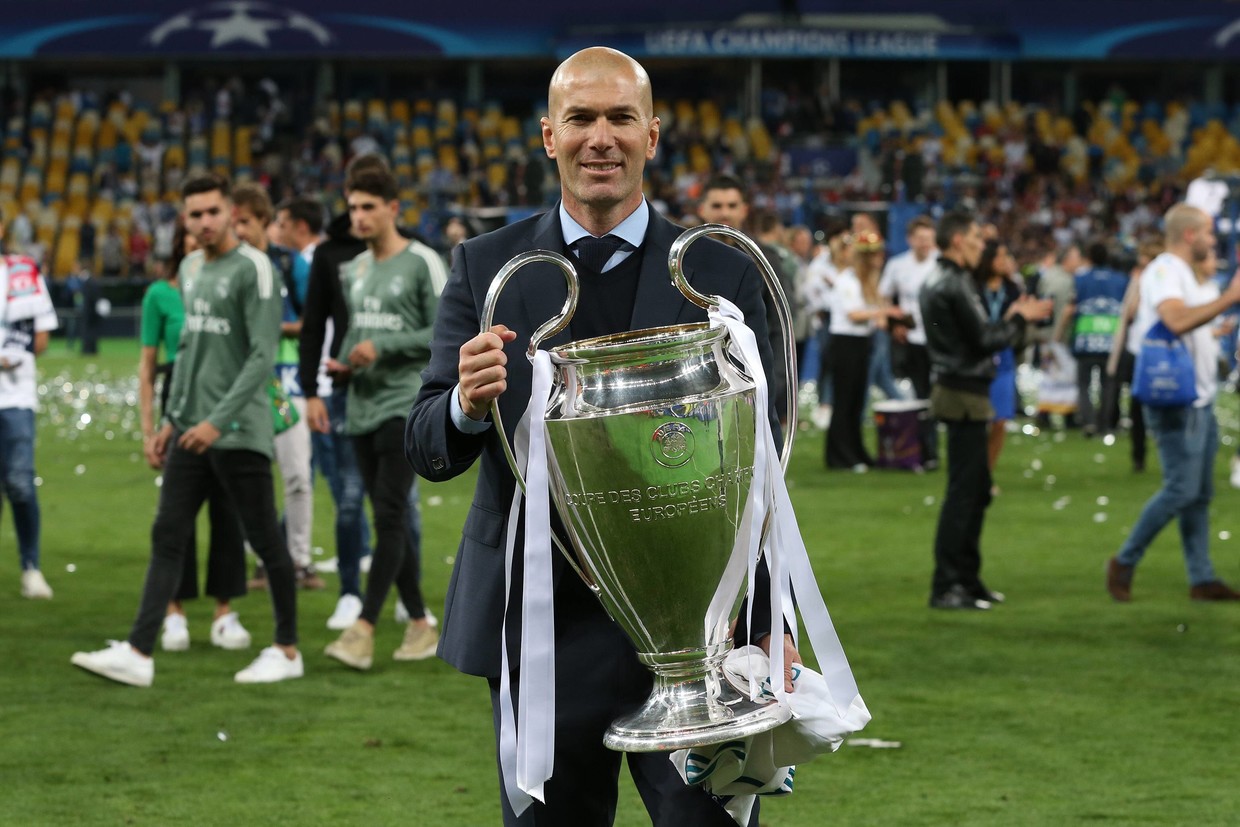 But this time round, the task is different: Ronaldo is gone, and Zidane needs to rebuild and overhaul while getting to grips with declining output from the likes of Modric and Kroos.

Zidane can argue that he has not been given the tools for the job, in particular over Real’s failure to land Paul Pogba from Manchester United. The Real manager’s damning indictment of his team’s midfield capabilities after the PSG defeat can be seen as another signal to the Real hierarchy that he is still smarting over missing out his fellow Frenchman.

But Zidane has a win percentage of less than 50 percent since March, which was when returned to the club in a bid to rescue it from the downward spiral that had set in under Julen Lopetegui and Santiago Solari. 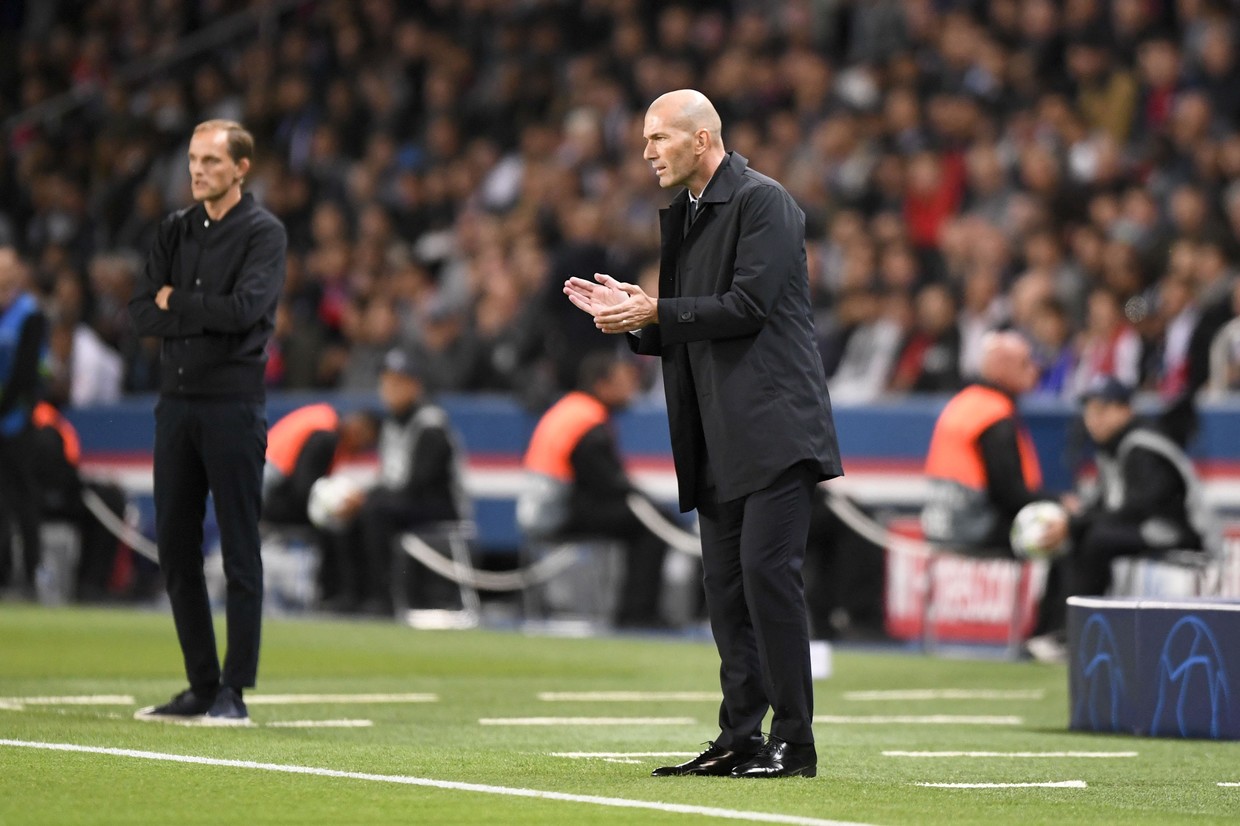 Watching on as all this unfolds will be Jose Mourinho, manager at the Bernabeu giants for three seasons between 2013 and 2015, but who has been without work since being sacked at Manchester United last December.

The Portuguese is desperate to return to the game, but has rejected lucrative offers from China, biding his time for a club he feels suits his stature and standing. 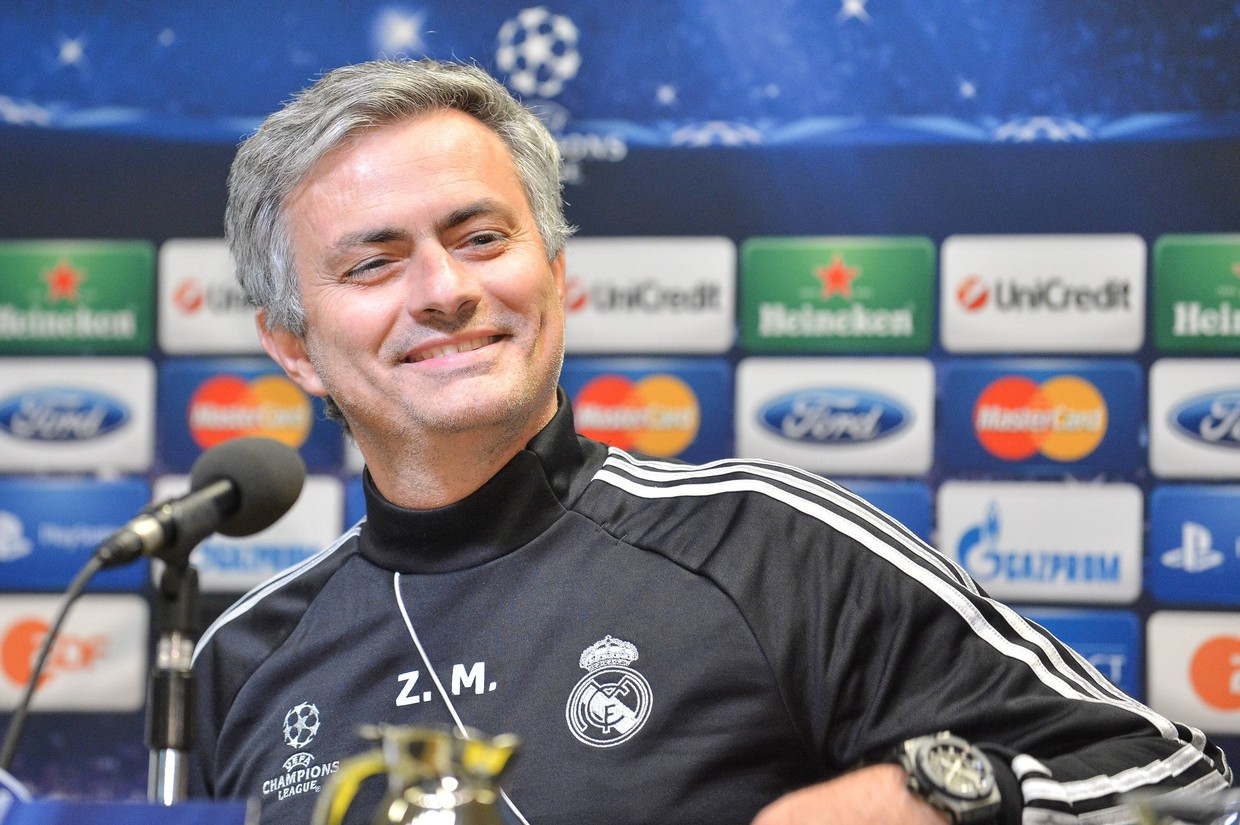 Despite being punctuated by ugly spats with rival clubs and reportedly within his own camp, Mourinho’s time at Real yielded a La Liga title as well as Copa del Rey and Spanish Super Cup triumphs.

Importantly, he remains on good terms with club president Florentino Perez, and was reportedly in the running for a return back in March before the Blancos hierarchy brought back Zidane. 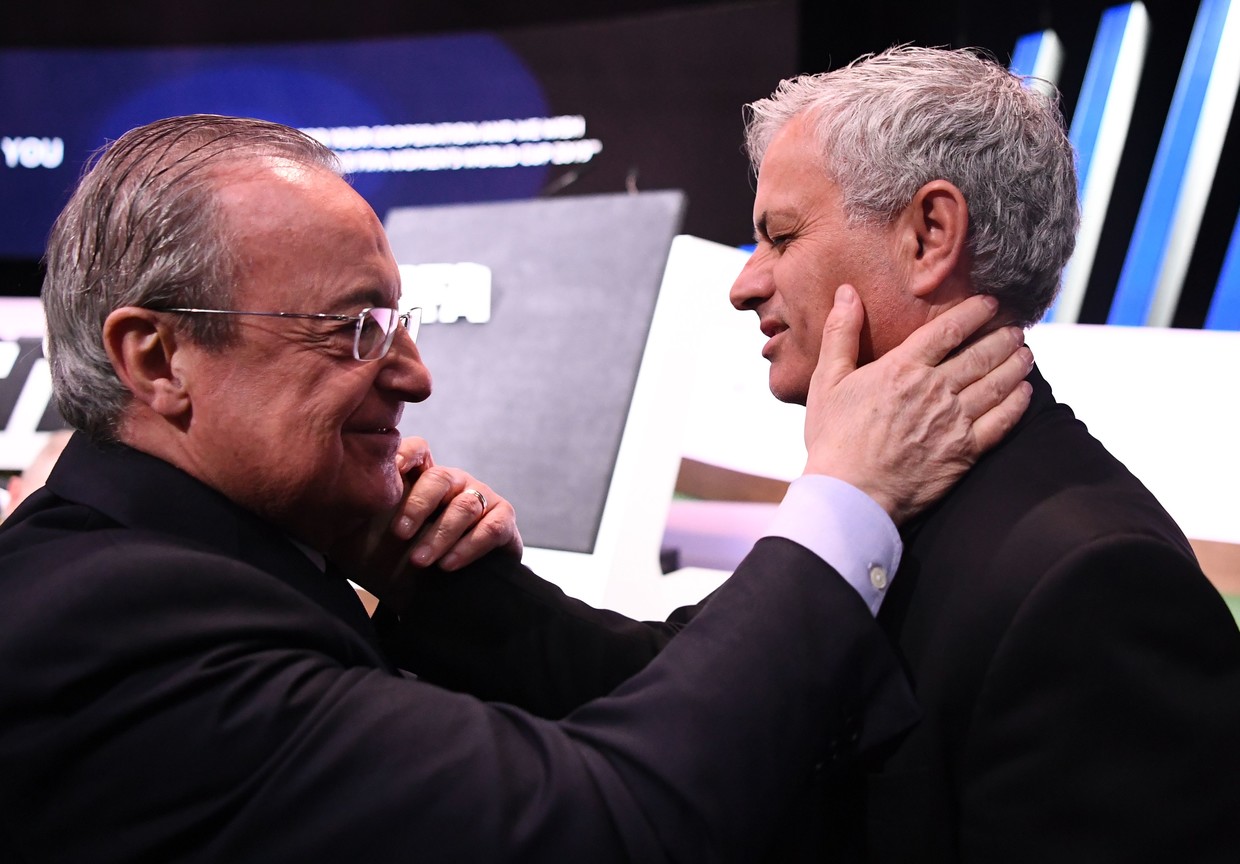 Along with Real Madrid fans around the world, the team’s failings against PSG are likely to have been glaringly clear to Mourinho.

One of the Portuguese’s coaching mantras is keeping his teams “compact,” making them hard to play against when they don’t have the ball. Against PSG, Real appeared exactly the opposite – porous and carved open with alarming frequency.

Perez and Co. may well look at Mourinho – a man they still admire – and believe that his more disciplined tactical nous, as well as lack of fear over fuffling feathers within a squad, is what is needed at Real rather than Zidane’s softly-softly approach. (RT)