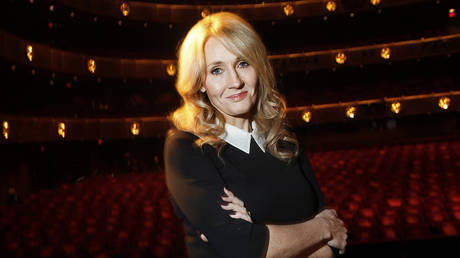 Criticism of ‘Harry Potter’ author JK Rowling’s views on the transgender movement has spilled over into “death and rape threats,” but she has responded to it with even greater vehemence, sparking fresh outrage on social media.

In an 11-part thread, Rowling blasted the accusation as fake news, revealing that she herself has relied on mental-health medication and what she takes issue with are hormones and surgery being pushed on young people in an effort to ‘transition’ their gender, even if that might not be what they actually need or want.

“Many, myself included, believe we are watching a new kind of conversion therapy for young gay people, who are being set on a lifelong path of medicalisation that may result in the loss of their fertility and/or full sexual function,” the author wrote.

She then linked to a number of articles to back up her claims about medications being pushed too aggressively to teenagers, as well as some featuring people who had ended up regretting their gender transition.

“As I’ve said many times, transition may be the answer for some. For others, it won’t – witness the accounts of detransitioners,” Rowling tweeted.

The Harry Potter author has made her stance on the transgender movement clear in the past, arguing that she’s not against transgenderism per se, but against “toxic” trans activists who don’t allow dissenting views into the conversation without labeling those holding such views as anti-transgender.