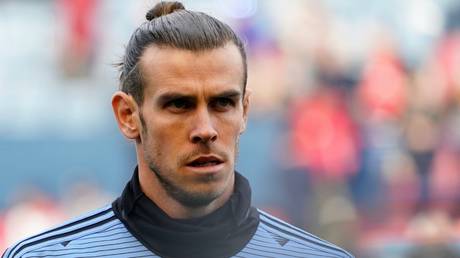 Gareth Bale could have been getting ready for the start of the Chinese Super League season, but one of the division’s top clubs revealed a bid to bring the Welshman to China was scuppered when Real Madrid demanded a transfer fee.

Head coach of Jiangsu Suning, Cosmin Olaroiu, said that his club was closing in on the signing of the Welsh international, but with a free transfer move seemingly agreed, the Spanish club’s last-minute decision to request a transfer fee for the player scuppered the move.

“The club agreed with his agent, his agent was there. We agreed with Madrid and in the last month – I don’t know what happened there, they lose some friendly games by a big score – Madrid changed their mind.

“First they said they would release him and we would have to pay his salary, then suddenly they said: ‘No, you have to pay for the transfer’.

“And paying the transfer and his salary was a little bit over the budget and so we looked for another player.

“But, actually, I know that it was done 90% in the evening, and then in the morning everything changed. But (that was down to) Real Madrid, not us.”

Any transfer fee over $6.4 million would be subject to a 100% levy as part of Chinese Super League transfer rules, and that, combined with Bale’s $16.2 million per year salary, coupled with Real’s demand to pay a transfer fee, effectively priced Jiangsu out of the deal.

“We have to deal with this, but we have to also take care of the players,” Olaroiu said from the team’s pre-season training camp in Dubai.

“The players have family back home; they’re worried about this.

“I hope everyone will be OK, and they will find a solution to pass this moment quickly and everything to be fine again.” (RT)