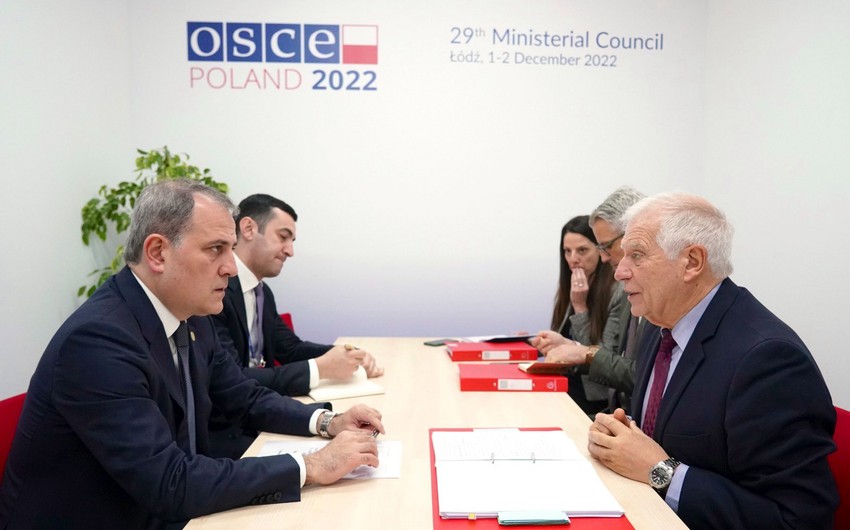 The Minister of Foreign Affairs of the Republic of Azerbaijan, Jeyhun Bayramov, met with the High Representative of the European Union (EU) for Foreign Relations and Security Policy/Vice President of the EU Commission, Josep Borrel, within the framework of his participation in the 29th Meeting of the OSCE Ministerial Council in Lodz, Poland.

Report informs, citing MFA, that the meeting discussed cooperation issues between Azerbaijan and the European Union in various fields, future prospects of relations, and the implementation of agreements reached in the energy field.

They exchanged views on efforts to advance the normalization process between Azerbaijan and Armenia and the role of the European Union.

It was brought to attention that Armenia created obstacles within the framework of the process, reneged on the obligations on the agreements reached at the level of the leaders, and created a wrong impression about the negotiation process. The minister also once again drew attention to the danger of landmines in the liberated territories.