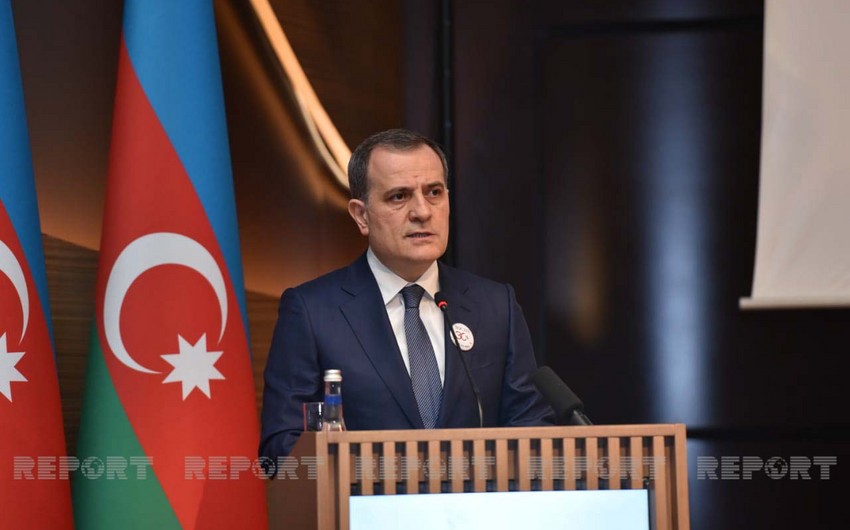 “The latest tension in the Karabakh region occurred a few days ago. We have witnessed tension several times after the Patriotic War’s end and the tripartite declaration’s signing. The reason for all this is Armenia’s failure to fulfill its obligations,” Azerbaijani Foreign Minister Jeyhun Bayramov said, Report informs, citing TRT Haber.

“When we say non-fulfillment of obligations, we specifically mean the withdrawal of Armenian armed groups from the Karabakh region because Armenia had such an obligation based on the tripartite declaration. When the peacekeeping forces entered the region, the illegal Armenian armed detachments had to be removed. In contrast, illegal Armenian armed groups remain there. On August 3, they committed another provocation. As a result of that provocation in the morning, a young soldier of the Azerbaijan Armed Forces was martyred. In response to this, the Armed Forces of Azerbaijan launched the “Revenge” operation on the same day. The operation continued on August 3. In the Karabakh region, heavy blows were inflicted on the enemy. As a result of numerous appeals by mediators and others, the operation was stopped in the evening,” the head of MFA stressed.