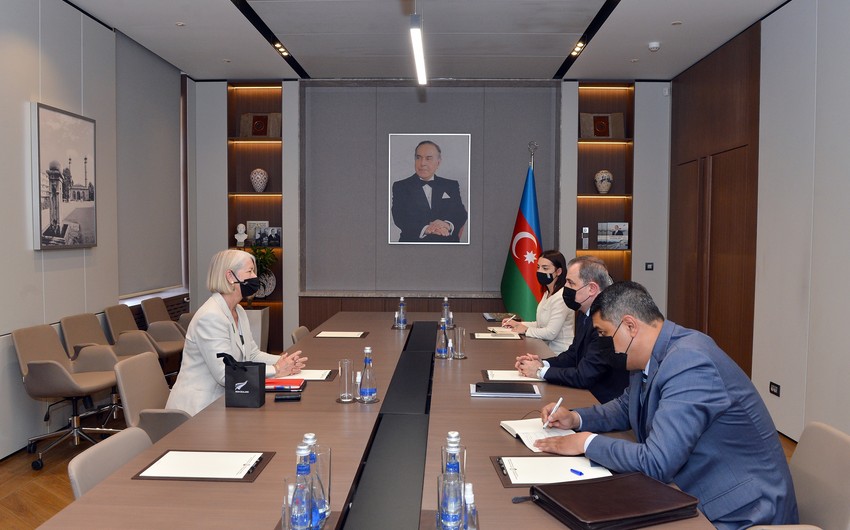 Minister Jeyhun Bayramov congratulated Wendy Hinton on her appointment as Ambassador to Azerbaijan and wished her success in her future endeavors.

The Minister noted the prospects for developing bilateral relations between Azerbaijan and New Zealand and stressed the importance of using all opportunities to expand ties.

Ambassador Wendy Hinton noted that the country is developing in several areas, including agriculture, technology, hydropower, and others, and stressed the prospects for cooperation in these and other areas.

The sides exchanged views on other issues of mutual interest.