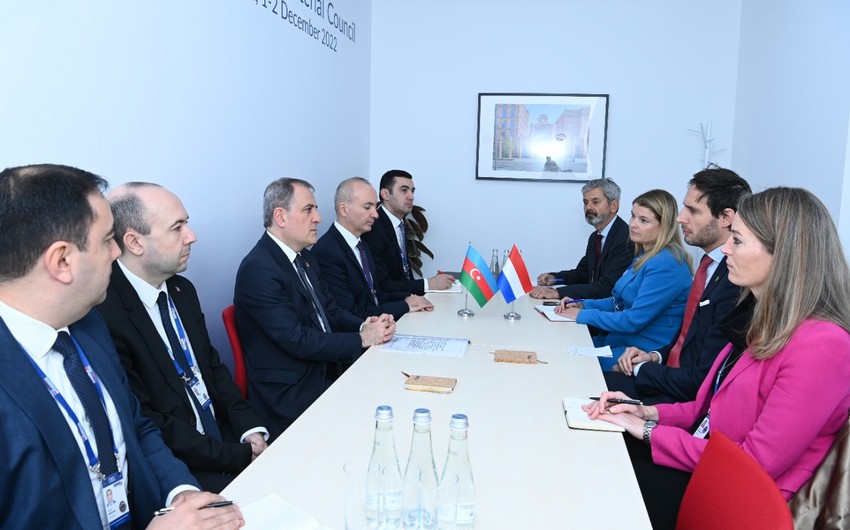 At the meeting, topical issues of the current bilateral cooperation agenda between Azerbaijan and the Netherlands, including the current regional situation, were discussed.

The parties noted that there is potential for the development of existing relations between the two countries and the importance of continuing the political dialogue.

Minister Jeyhun Bayramov informed the other party about the new realities that have emerged in the region after the 44-day Patriotic War, the normalization process between Azerbaijan and Armenia, and the steps taken by Azerbaijan in the direction of advancing the peace agenda. It was stated that ongoing provocations by Armenia, including the mine threat, hinder peacebuilding. It was also emphasized that biased approaches by legislative bodies do not serve the normalization and peace process.

The meeting also discussed other issues of mutual interest.