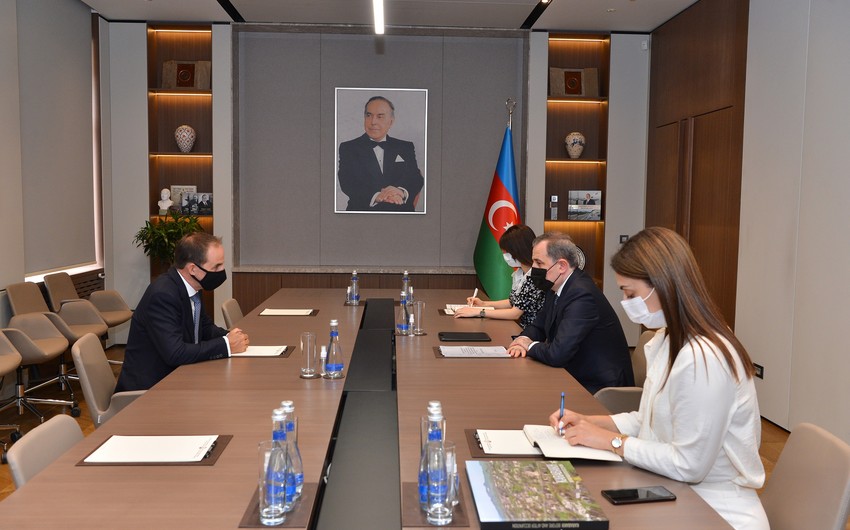 Foreign Minister Jeyhun Bayramov received the head of the UNICEF office in Azerbaijan Edward Karwardine in connection with the completion of his diplomatic activity in the country.

Report informs, citing the Foreign Ministry of Azerbaijan, that the minister highly appreciated Karwardine’s diplomatic activities in the country, thanked him for his contribution to the development of relations with UNICEF and wished him success in his future endevours.

Karwardine touched upon the current state and prospects for the development of relations between Azerbaijan and UNICEF in many areas, informed about the projects implemented in the country, as well as successful cooperation in education.