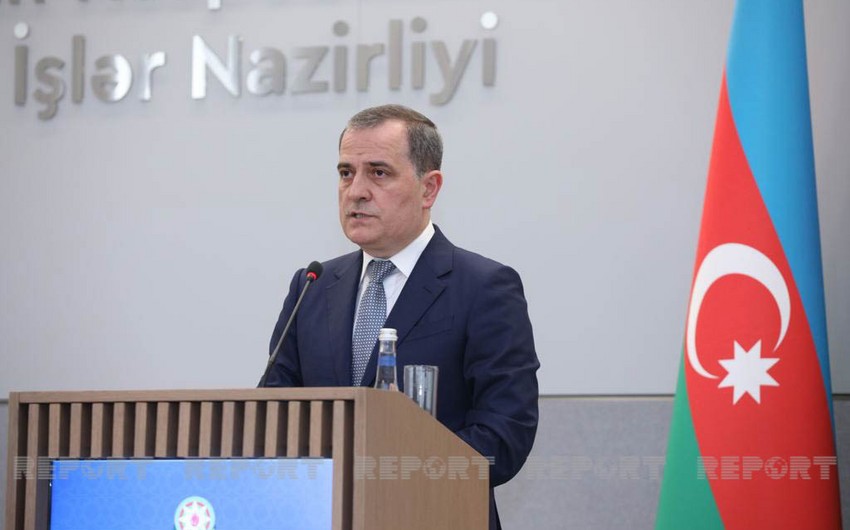 “We are witnessing that Armenia is delaying the implementation of the agreement regarding the Zangezur Corridor,” Azerbaijani Foreign Minister Jeyhun Bayramov said in an interview with well-known Turkish media representatives, Report informs, citing TRT Haber.

“Undermining the Armenia-Azerbaijan normalization process under various pretexts is not the right approach. It is not in the interest of anyone, especially Armenia. We hope that Armenia will finally understand it. These issues are discussed from time to time. Some moments are not made public. But Azerbaijan’s position consists of fully implementing the agreements reached through the mediation of Russia and the European Union. We also proposed to start a peace treaty after the end of the occupation. By declaring this openly, we have revealed our position. Azerbaijan’s call remained unanswered for a year. From the beginning of 2022, Azerbaijan revealed its basic principles regarding the future peace agreement. Then we offered them to Armenia. All articles specified in that document follow international law and states’ territorial integrity,” he said.