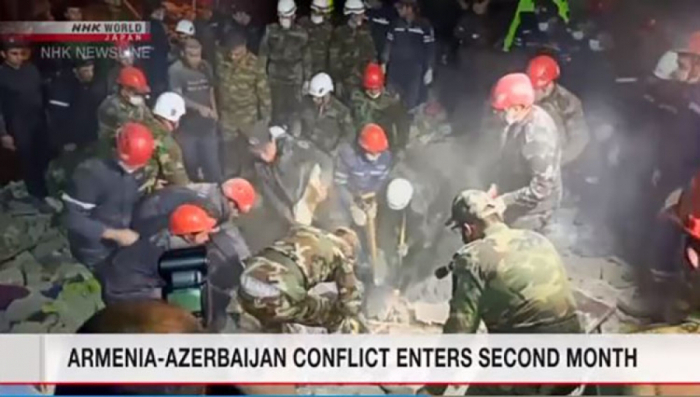 It was noted that more than a month has passed since the beginning of the ongoing war between Azerbaijan and Armenia. Although a humanitarian ceasefire has been declared three times, it has yielded no results.

It is mentioned that the battles in Nagorno-Karabakh, which is part of Azerbaijan but has been occupied by Armenia for a long time, began on September 27.

The reportage underlined missile strikes on Ganja, the second largest city in Azerbaijan by Armenia and located about 100 kilometers far from the conflict zone. The Azerbaijani doctor was also interviewed by the channel. “The attack on sleeping children confirms how barbaric and savage the Armenian armed forces are. Instead of fighting with soldiers on the front, the Armenian army attacks civilians.

“By liberating its land, Azerbaijan has fulfilled the norms and principles of the international law,”…

Some 18,339 people received their anti-coronavirus shots in Azerbaijan today, the Task Force under the…

09:26 Biden confident he will meet with Putin