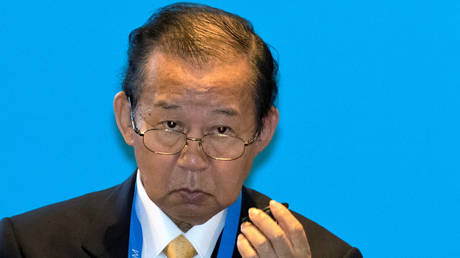 Toshihiro Nikai, the secretary-general of Japan’s ruling party, has said that cancelling the upcoming Tokyo Olympics “remains an option” if the coronavirus pandemic spreads further and continues to worsen.

Nikai, a faction leader of Prime Minister Yoshihide Suga’s Liberal Democratic Party, made the remarks while recording a TV program in Japan.

“If it seems impossible to do it any more, then we have to stop, decisively,” Nikai said, admitting that there “of course” is an option to annul the biggest summer sports spectacle if the Covid-19 crisis remains a big threat.

Nikai stressed, however, that any decision regarding the Games’ possible cancellation will be based on the health situation at that time.

Also on rt.com North Korea says it will skip Tokyo Olympics to protect athletes from Covid-19

Nikai’s comments were in contrast with those made by the International Olympic Committee (IOC) and Tokyo Games organizers, who have repeatedly assured that the summer Olympics will go ahead as planned, despite the pandemic.

Also on Thursday, Taro Kono, Japan’s minister for administrative reform and regulatory reform, said that the Games could be held without spectators entirely.

“The Olympics will be held in a way that they can be held. The games may take place with no spectators,” he said on a TV Asahi program.

Also on rt.com Foreign fans to be barred from Olympic Games for first time in history as governing bodies and Japanese government reach decision

Japan has already banned international fans from the event as part of measures to tackle the spread of the virus, as the country enters its fourth wave of Covid-19 infections.

Nikai’s comments sparked concerns in Japan and abroad, with the senior member of Japan’s ruling party later clarifying his remarks to avoid any misunderstanding.

Responding to questions regarding the Games’ complete cancellation Nikai said that he just meant that the Olympics would not be held at all costs.

“What I meant was that if I am asked whether we are going to hold the Olympics no matter what, we are not,” he said. (RT)