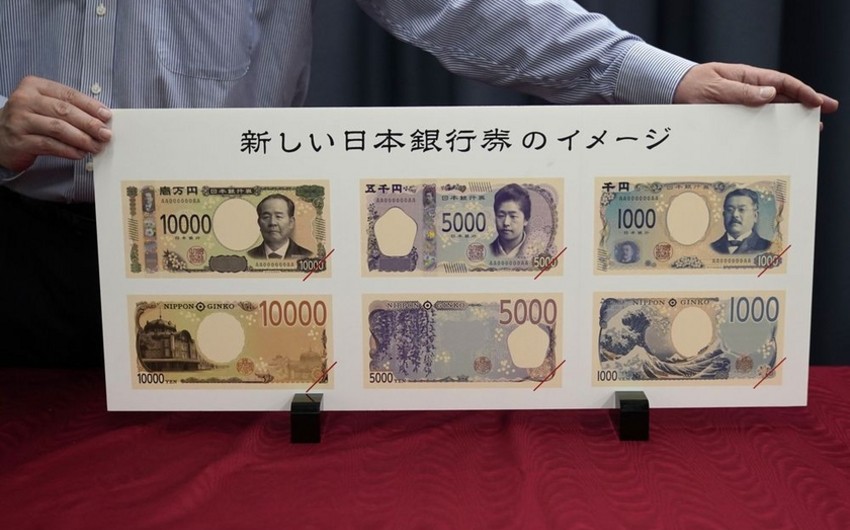 Bank of Japan officials are preparing to put new notes into circulation in 2024, Report informs referring to NHK-World Japan.

They have run a test to see how the bills fare in ATMs and vending machines.

The officials invited 29 companies to take part in a trial at the National Printing Bureau in Tokyo. They gave them samples of the new banknotes to check if their machines could correctly identify them.

The 1,000 yen, 5,000 yen and 10,000 yen bills feature cutting-edge anti-counterfeit technology. They are the first banknotes in the world to incorporate a special kind of hologram. They also feature new, high-definition watermark patterns. The uneven thickness helps people with visual impairment identify them by touch.