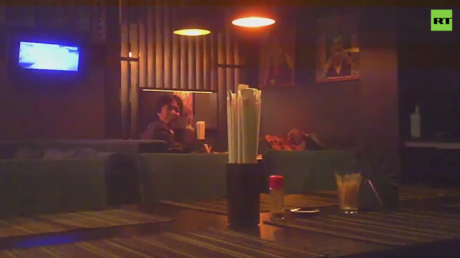 Tokyo denies that its consul engaged in espionage against Russia A still taken from footage released by Russian authorities purports to show Japanese diplomat Motoki Tatsunori before his arrest in Vladivostok, Russia. © Russian Federal Security Service

Japan has lodged a formal complaint with the Russian government after Moscow accused one of its diplomats of attempted espionage, insisting the charge has no merit while demanding an apology for the consulate official’s treatment.

The Japanese Foreign Ministry issued the complaint on Tuesday – one day after Russia said it detained Motoki Tatsunori for attempting to purchase restricted information – rejecting the allegations as false and accusing Russian authorities of improper interrogation methods.

Matsuno went on to claim that Tatsunori was interrogated while wearing a blindfold, and that his head and hands were bound, saying the treatment was “intimidating” and may have violated a treaty struck between Russia and Japan. 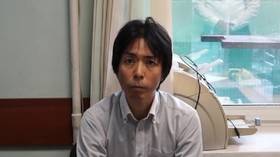 “It is extremely regrettable and absolutely unacceptable,” he said.

Russia’s Federal Security Service (FSB) said it detained the diplomat in Vladivostok “on suspicion of receiving, for a monetary reward, restricted information” related to “Russia’s cooperation with another country in the Asia-Pacific region,” as well as the impact of Western economic sanctions. The service added that Tatsunori was declared “persona non grata” for activities that are “incompatible with the status of a consular official and detrimental to Russia’s security interests.”

The Russian Foreign Ministry later summoned Japan’s envoy over the incident, and said Tatsunori must leave the country within 48 hours.

The Japanese official has since been released from custody and is scheduled to return to Japan on Wednesday, according to Matsuno. (RT)