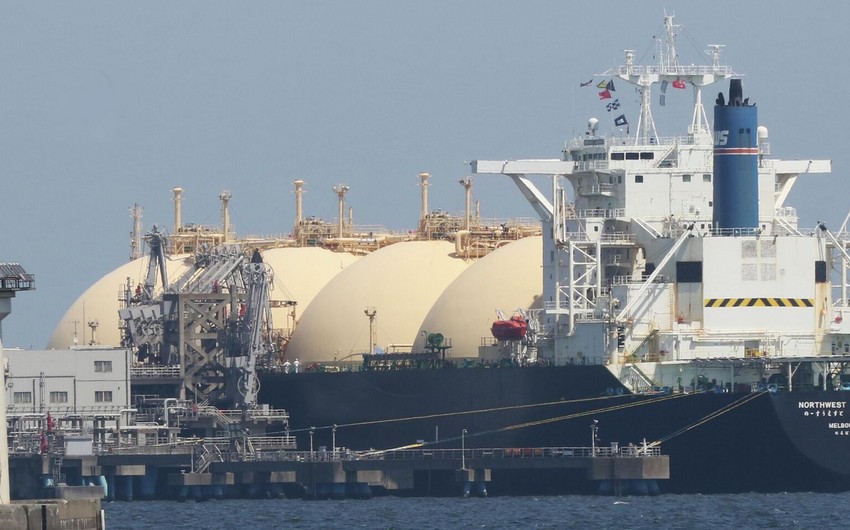 Japan is considering setting up a strategic reserve of liquefied natural gas, as the imports-dependent nation ramps up efforts to make sure it has enough of the fuel amid intensifying competition, Report informs referring to Bloomberg.

The government will propose a plan to secure a so-called “strategic buffer LNG,” with authorities supporting local companies to buy excess supply for energy security, according to a government document that outlines the proposal and seeks feedback.

Proposals come as Europe looks for alternatives to Russian gas and as many nations step up efforts to secure supplies of the fuel, used for electricity generation and heat. Germany recently signed a long-term deal with Qatar, which had been a major source of Japan’s imports.

Under the framework, Japanese firms that trade LNG will secure gas through term contracts, and will normally sell it locally and overseas. However, in times of emergency, the trade ministry will order the strategic reserve to be sold to domestic firms.

Sellers will receive financial support for loss-making sales from a fund that will be set up within Japan Organization for Metals and Energy Security, a state-owned institution. In the event the seller makes a profit from the sale, it will return the money back to JOGMEC, according to the proposals.

A Japan trade ministry official wasn’t immediately available for comment. The government is seeking public comment on the proposals from Nov. 24 to Dec. 24 this year.