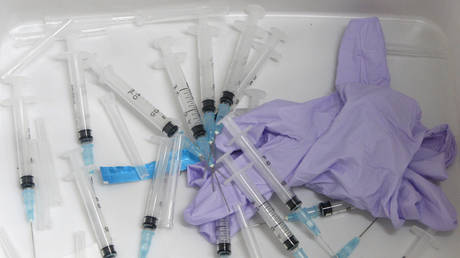 Japan’s vaccination drive has hit a snag after it was discovered that the country lacks proper syringes to extract the maximum number of doses from each vial. The hiccup could result in millions of people being denied the drug.

The Asian nation reserved 144 million shots of the Pfizer/BioNTech vaccine, enough to give 72 million people the full two-dose regimen. The plan relied upon the assumption that each bottle of the drug would provide six shots. However, Japan lacks a special kind of needle, known as a low dead space syringe, which minimizes the amount of leftover vaccine after each injection. As a result, the assumption that each vial would give six shots was too optimistic, with officials now saying that without such syringes, only five doses can be extracted from a bottle. (RT)