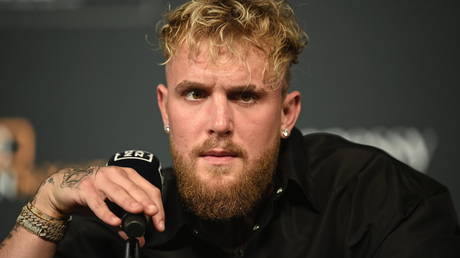 Boxing promoter Eddie Hearn has launched a $100 million lawsuit against his once co-promoter Jake Paul, amid claims that the Matchroom Boxing chief paid off judges in two recent world title fights.

Per TMZ Sports, Hearn and his legal advisors claim that the reputation of Matchroom Boxing was damaged after Paul stated in a September 20 interview that he believed that Hearn was involved in fight-fixing in the recent world title fights between Anthony Joshua and Aleksandr Usyk, as well as Katie Taylor and Amanda Serrano.

“[Judge] Glenn Feldman shows up in Saudi and scores Anthony Joshua to win the fight when everyone who watched the fight said it was not a split decision,” Paul said this month.

“Clearly, this guy is getting paid money by Matchroom Boxing.”

He added that it was “a bold statement and an accusation that I don’t take likely, but it’s just blatantly obvious. And they’re not even trying to hide it.” 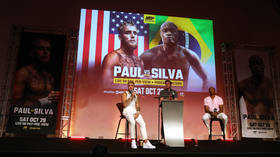 However, Hearn’s attorney Frank Salzano sternly rebuked the claims, adding that Paul and his team were given ample opportunity to distance themselves from the statement but opted not to.

“Both legally and ethically there is a clear line separating opinion from defamatory lies,” he said.

“Jake Paul knows that, and he purposely crossed that line when he wrongly accused Matchroom Boxing and Eddie Hearn of fixing fights.

“Nonetheless he was still given an opportunity to retract his defamatory statements and refused to. Now he will face the legal consequences of his actions as Matchroom and Mr. Hearn will be seeking damages in well excess of $100 million given the value and goodwill attached to the Matchroom business and the harmful nature of Mr. Paul’s comments.”

The lawsuit appears to represent a rupture in the relationship between Hearn, one of boxing’s most influential figures, and Paul, who has emerged as an unlikely prizefighting commodity in the past 18 months.

Hearn had previously promoted one of Paul’s boxing matches against a fellow internet celebrity. That relationship grew to them being on equal footing while co-promoting the recent Taylor vs. Serrano matchup – a fight billed as the biggest female boxing match in history.

Read more:   Leaders in Britain and US push vaccines, but minorities aren't lining up for the jab

Ireland’s Taylor won a close split decision, with the majority of boxing pundits appearing to indicate that the correct victor was selected by the judges.