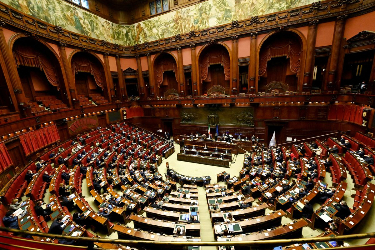 Italy’s parliament will begin voting on Monday for a new head of state, with Prime Minister Mario Draghi among the most prominent candidates in a wide-open contest which will be closely monitored by financial markets .

There are concerns among politicians in Italy that the result could trigger fresh political uncertainty in the euro zone’s third largest economy, which is facing a resurgence of COVID-19 infections and deaths.

In a process that could take several days, more than 1,000 parliamentarians and regional representatives will convene at 1400 GMT for the first round of secret voting to replace Italy’s outgoing President Sergio Mattarella.

The winner needs a two-thirds majority in any of the first three rounds, with an absolute majority enough thereafter.

Draghi, who leads a national unity administration, has made clear he would like the job, which has a 7-year term. But there is a reluctance among some parties to back him for fear his departure could trigger political turmoil and an early election.

Azerbaijan considering use of geothermal energy in Karabakh

Azerbaijan is considering the use of geothermal energy in the liberated territories in the future,…

Azerbaijan is of great importance to EU – Chairman of Estonian Parliament

Azerbaijan is of great importance for the EU, especially given the situation with the shortage…

09:15 UN: Ninety per cent of wartime casualties are civilians