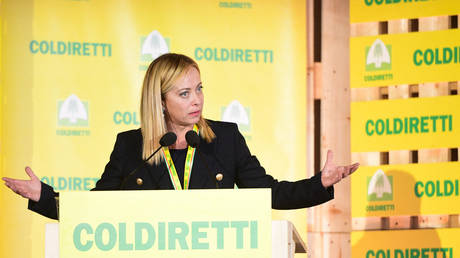 Italy will make its own interests a top priority, Giorgia Meloni, who is expected to be the country’s next prime minister, said in her first major speech on Saturday after last week’s election victory.

“Italy’s attitude must return to defending its national interests in order to find common solutions. And it is something that will change in the coming months,” Meloni, who leads the conservative Brothers of Italy (FdI) party, said in a speech in Milan.

Meloni stated that tackling soaring energy prices is one of her most pressing goals. “I am in constant contact with the outgoing government, which is engaged in a very complex negotiation to seek solutions at the European level,” she said.

Italy is among the countries pushing for an EU-wide energy price cap, while Germany opposes such a measure. 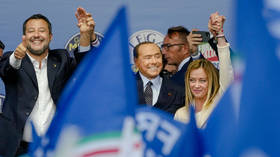 Right-wingers score wins in the EU, as Brussels hints at consequences

Meloni also said that the Italian economy needs to be less reliant on outside suppliers. “We need a serious approach to the issue of supply chains. We have realized today that we depend on everyone for everything,” she said, adding that Italy and the EU should “rethink” their strategy on the matter.

Western media has compared Meloni to Italy’s World War II-era fascist leader Benito Mussolini and highlighted that one of FdI’s predecessors was a party with ties to Mussolini’s government. Meloni, however, called such comparisons “nonsense.”

“The Italian right has handed fascism over to history for decades now, unambiguously condemning the suppression of democracy and the ignominious anti-Jewish laws,” she said in a video address in August.

The FdI, which received the most votes on September 25, is expected to form a coalition with the other right-wing parties, Matteo Salvini’s League and Silvio Berlusconi’s Forza Italia (Forward Italy).

The snap election was called after Prime Minister Mario Draghi’s cabinet collapsed due to disagreements over measures to fight inflation and Covid-19 recovery programs. (RT)