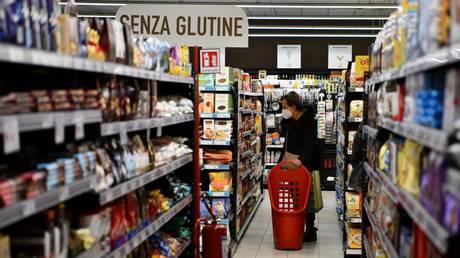 Most Italians do not support the decisions to slap Russia with sanctions or send weapons to Kiev, an Italian independent investigative journalist, Matteo Gracis, told RT on Wednesday, arguing that Rome is acting against its own interests as it follows the lead of Brussels and Washington.

On May 9, Gracis published a video on YouTube in which he appealed to Russian government officials and ordinary Russians. “It is important that you know that Italians are not against you,” said the journalist, who has authored three books and founded the online media outlet L’Indipendente. “Our democracy is much less real than [the officials and the media] want us to believe,” he said, claiming that the actions of Rome do not reflect the will of the people. 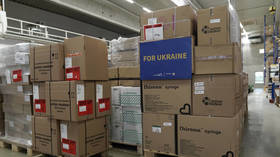 US aid to Ukraine looks ‘like money laundering scheme’ – congresswoman

Read more:   Exiled NFL star Antonio Brown RAGES at league bosses for 'dragging their feet' over his bid to return

“I wanted to post that video, that message, to show a different perspective to Russia’s leadership, to appeal to the Russian people. I wanted to explain to them that we, too, are victims of the actions of our government, unfortunately,” Gracis told RT, speaking about the reasons for publishing the video.

“The decision to impose sanctions against Russia, that wasn’t even a decision made by Italians, it’s a European decision that Italy accepted,” Gracis said, adding this policy has already taken a heavy toll on ordinary people.

“We see commodity prices spiking in Italy, we see electricity bills going up, and the same goes for gas bills, water bills,” the journalist explained, adding that the sanctions supposedly designed to hurt the Russian economy eventually backfired dramatically on Europeans themselves.

Prices on some raw materials have skyrocketed, as has the cost of living, the journalist said. Italy’s tourism industry is also likely to suffer without Russian tourists, the journalist has added. “Our government just would not listen to people,” he said. 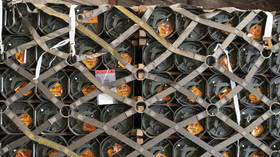 According to Gracis, “over 50% of Italians” are also against supplying Ukraine with arms. “Sending weapons won’t help end the conflict. It will only add fuel to the fire,” he said, adding that he had struggled to find a single person in Italy who would support the weapon deliveries.

A poll conducted by Euractic in late April showed that almost half of Italians (48%) would like to see their government not send any arms to Ukraine, whereas only 29% supported doing so. Another poll conducted by the Termometro Politico polling agency in early March demonstrated that 55.3% of Italians rejected the government’s decision to send weapons to Ukraine at that time. Over 37% of respondents also said that they favored a peaceful solution to the conflict.

“If we had a government that genuinely cared about Italians, then, instead of imposing sanctions, it would promote a different policy, it would promote diplomacy. Instead, what we see now is not diplomacy, it’s a type of economic warfare, which doesn’t really work for us,” Gracis said, adding that “decisions about Italy’s future are made not in Rome, but in Paris, Berlin, Brussels and Washington.”