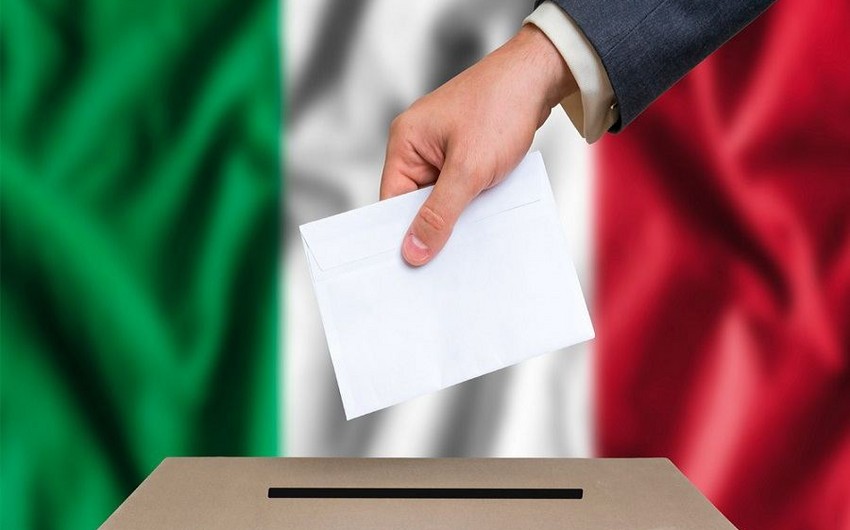 Millions of Italians will vote on Sunday in an election that is forecast to return the country’s most right-wing government since World War Two and usher in its first woman prime minister, Report informs via Reuters.

A right-wing alliance led by Giorgia Meloni’s Brothers of Italy party appeared on course for a clear victory when the last opinion polls were published two weeks ago.

Meloni would be the obvious candidate for prime minister as leader of an alliance also featuring Matteo Salvini’s League party and Silvio Berlusconi’s Forza Italia.

That would cap a remarkable rise for Meloni, a 45-year-old from Rome whose party won only 4% of the vote in the last national election in 2018.