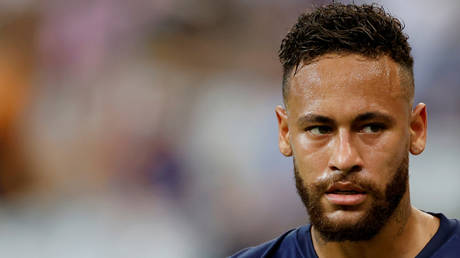 PSG star Neymar will be a pivotal figure in their Champions League. © Reuters

Three years after his move to the French capital, Neymar has predictably helped Paris Saint-Germain dominate Ligue 1 but a Champions League crown has so far eluded the world’s most expensive player. Is this finally the year?

When Neymar completed his move from Barcelona to Paris for a gargantuan €222 million ($262 million) transfer in 2017, several motivations were apparent. Principally, according to reports at least, Neymar wanted to emerge from the shadow of Lionel Messi in the Camp Nou and establish himself as a Ballon d’Or contender in his own right.

As for the club, the millions pumped into the project by Qatar Sports Investments have been for the benefit of one primary objective: winning the Champions League at practically any cost.

Also on rt.com Ney’s payday: Here’s what Neymar could earn PER MINUTE if he signs lucrative contract extension with PSG

So far in Neymar’s tenure, PSG have been dumped out in the round of 16 stage each season until now – and nor has the player been a serious contender for the award of the world’s best football player.

Instead, PSG invested in an obviously gifted but mercurial talent, equally adept at creating headlines off the pitch as much as on it – and so, when you survey the asset bought with Qatari millions and what it has yielded to this point, there isn’t much evidence to suggest it has been an unqualified success.

In fact, it has been far from that.

Scoring goals in the French league was never going to be an issue, especially with the cast of characters which surround the Brazilian, and the 47 strikes in 52 league games across three seasons suggests exactly that. However, owing to injury or otherwise, Neymar has yet to eclipse the 30-game mark in any of his three seasons to date (though Covid did impact this year’s Ligue 1 campaign significantly).

Neymar has indeed been impressive in Europe for Paris Saint-Germain, scoring 14 in 17 Champions League games, but hasn’t yet been able to ‘drag’ the team towards glory or, in the last two seasons at least, even a quarter-final – until now.