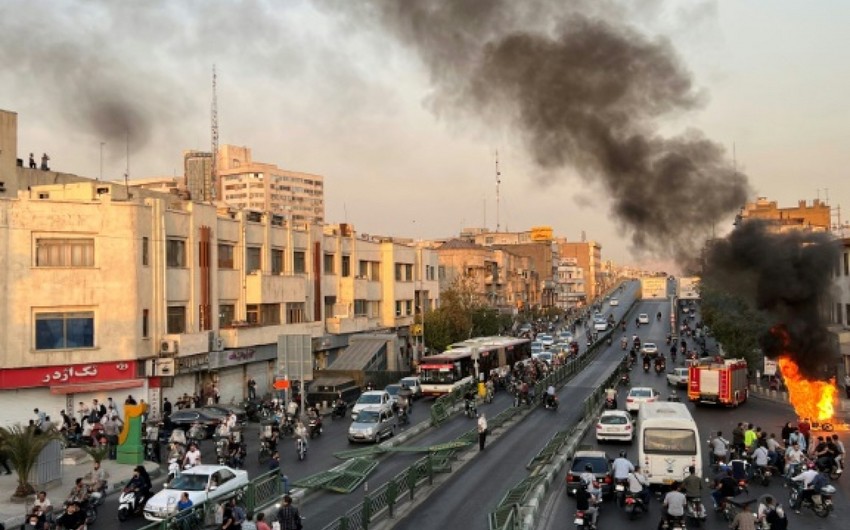 Protest activity and strikes will likely increase in the coming days, said the US Institute for the Study of War, Report informs.

“Protest coordinators and organizations have called for countrywide demonstrations from November 24-26 in solidarity with the protesters in Kurdistan Province. The regime has deployed the IRGC Ground Forces to cities and towns throughout Kurdistan Province to brutally crack down on protesters, as CTP previously reported.

“The nature of the planned protests increases the risk to protesters. Protest coordinators and organizations have called for protesters to congregate on the major city streets in each city. Some social media accounts have published routes protesters should use in Tehran. The advance notice that protesters will gather on these main streets gives security forces time to prepare and a single known location at which to concentrate security personnel,” said ISW.