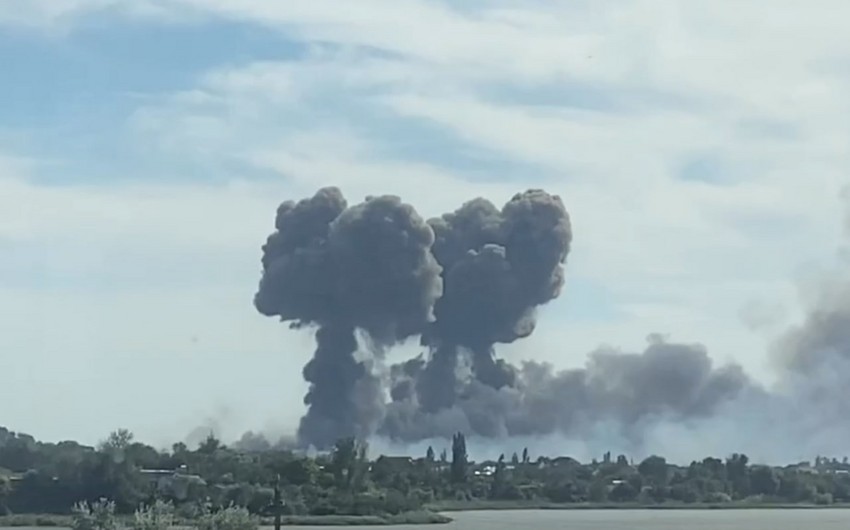 Ukrainian officials framed the August 9 attack in Crimea as the start of Ukraine’s counteroffensive in the south, suggesting that the Ukrainian military expects intense fighting in August and September that could decide the outcome of the next phase of the war, said the US-based Institute for the Study of War (ISW), Report informs.

Ukrainian President Volodymyr Zelenskyy vaguely noted on August 10 that the war began with Crimea and must end with Crimea – with its liberation:
“Russian officials remain confused about the August 9 attack on the Saki Air Base in Russian-occupied Crimea, over 225km behind Russian lines, which destroyed at least eight Russian aircraft and multiple buildings.”