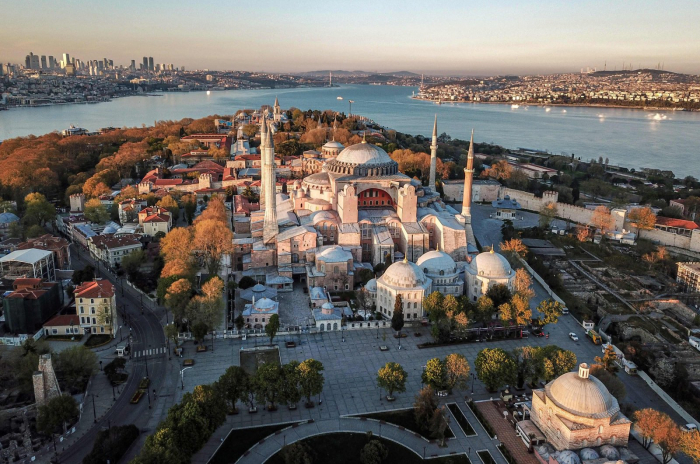 The long-awaited ruling has opened the way for Istanbul’s iconic Hagia Sophia to be used as a mosque, according to Daily Sabah.

Upon the court’s ruling, President Recep Tayyip Erdoğan signed a presidential decree to hand over Hagia Sophia to Turkey’s Presidency of Religious Affairs and open for worship while congratulating the Turkish people.

The court stated that Hagia Sophia is officially registered as a mosque in its deed, adding that it was decided its use for anything other than a mosque was legally not possible. “The Cabinet decision in 1934 that ended its use as a mosque and defined it as a museum did not comply with laws,” it said.

The Permanent Foundations Service to Historical Artifacts and Environment Association, an Istanbul-based nongovernmental organization, had filed a petition at the 10th Chamber of the Council of State seeking annulment of the decision to convert Hagia Sophia into a museum after being a mosque for nearly 500 years. The court heard the parties’ arguments at a July 2 hearing before issuing its ruling.

The petition said Hagia Sophia was the private property of Ottoman Sultan Mehmed II, who in 1453 captured Istanbul and turned the religious structure into a mosque.

Hagia Sophia, one of the world’s most important historical and cultural heritage sites, was built in the sixth century during the reign of the Byzantine Empire and served as the seat of the Greek Orthodox Church. It was converted into an imperial mosque with the Ottoman conquest of Istanbul in 1453. The structure was converted into a museum during the strictly secular single-party rule in 1935, but there have been discussions about converting it back to a mosque, with public demand to restore it as a place of worship gaining traction on social media.