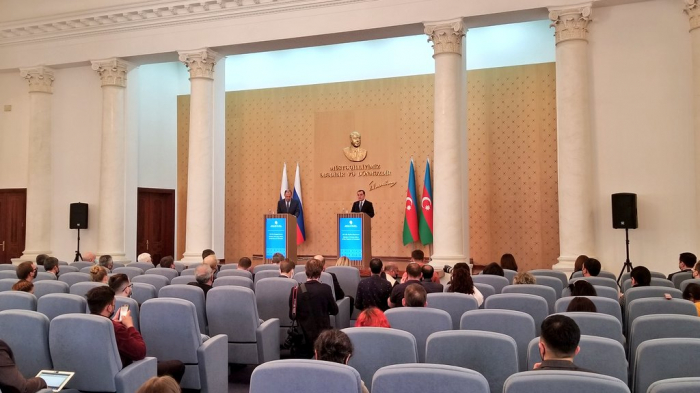 The issue of unblocking transport in the region must be in focus, Azerbaijani Foreign Minister Jeyhun Bayramov said at a joint press conference with his Russian counterpart Sergey Lavrov in Baku on Tuesday.

The minister said preparatory work in the region is very intensive. Six meetings of the tripartite working group have already been held under the auspices of its chairpersons.

“There is a lot of work, and expert subgroups are working on these issues. According to existing information, there is more progress on some issues than on others,” Bayramov noted.

“This is also influenced by the internal political situation in Armenia, but we would like to note that this aspect of the trilateral agreement is very important. We believe that more attention should be paid to this point of the agreement and I am sure that soon we will witness the start of work on some transport routes,” he added.