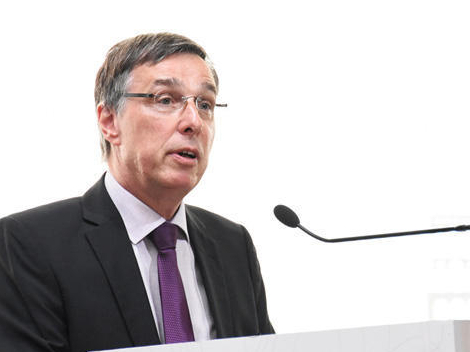 Breuer noted that he is keenly following the innovations in the social sphere of Azerbaijan, and that he highly appreciates the initiative of creating DOST (Center for Sustainable and Operational Social Security) centers in the country.

He went on to say that a comprehensive system of social protection was created in Europe in 130 years.

“Social security plays an important role in supporting stability. The main goal of Europe is to be an example for the whole world,” he said.

According to Breuer, one of the main tasks is the fight against informal employment.

In 2019-2025, 31 DOST centers are planned to be created in Baku and regions: five in Baku, two in Sumgayit and Ganja, and the rest in other regions of the country.

Baku is hosting the ISSA Regional Social Security Forum for Europe on May 14-16, 2019. It is attended by senior officials of ISSA member organizations in Europe, as well as ministers and senior government officials, politicians, and experts from 35 countries.