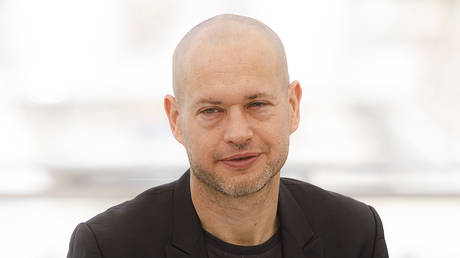 Israeli officials tore into their countryman, filmmaker Nadav Lapid, after he condemned popular Indian film The Kashmir Files as “propaganda” and “vulgar” before an audience at the International Film Festival of India in Goa. Lapid had been invited to lead the jury of the festival, which is funded by the government and counts many politicians and other VIPs among its attendees.

“We were all disturbed and shocked by the 15th film, The Kashmir Files, that felt to us like a propaganda, vulgar movie inappropriate for an artistic competitive section of such a prestigious film festival,” Lapid said during the closing ceremony. The film dramatizes the flight of Hindus from Kashmir in the 1990s amid an armed Muslim uprising, and has galvanized Islamophobic sentiment in the country.

“You should be ashamed,” Ambassador Naor Gilon chided Lapid via tweet on Tuesday, accusing the filmmaker of abusing “the trust, respect, and warm hospitality [the International Film Festival of India] have bestowed upon” him. 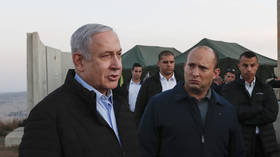 Netanyahu threatened to set ‘army of bots’ on me, Israeli PM says

“It’s insensitive and presumptuous to speak about historic events before deeply studying them and which are an open wound in India because many of those involved are still around and still paying a price,” Gilon continued, suggesting that by publicly casting aspersions on The Kashmir Files’ version of history, Lapid was encouraging Indians to question the Holocaust.

Former ambassador to India Danny Carmon agreed, calling for Lapid to “apologize for the personal comments on historical facts without sensitivity and without knowing what he is talking about.” Consul General of Israel to Midwest India Kobbi Shoshani was quick to reassure local media that Lapid’s words were “not the opinion or the attitude of the government of Israel,” declaring “we completely don’t accept such speeches.”

While Lapid clarified he meant his comment as an artistic rather than personal criticism – “I feel totally comfortable to share openly these feelings here with you on stage since the spirit of the festival can truly accept also a critical discussion, which is essential for art and for life,” he said – that did little to blunt the attacks that came his way, from Indians as well as Israelis.

Lapid was denounced as “a Hindu-hating bigot who whitewashes ethnic cleansing” and as “not less than a Nazi enabler” by Abhinav Prakash, head of the Bharatiya Janata Yuva Morcha youth movement, while Aditya Raj Kaul, executive editor of the TV9 network, questioned whether the filmmaker would “call Holocaust a propaganda [sic]” or say the same about Holocaust films Schindler’s List and The Pianist. (RT)