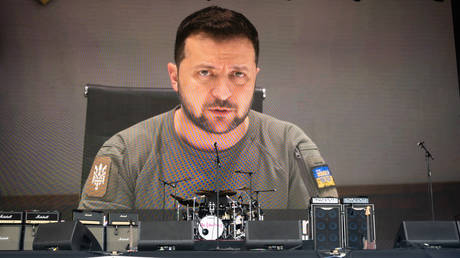 Ukrainian President Vladimir Zelensky is the most influential Jew of 2022, according to the Jerusalem Post, which published its list on Sunday. Describing the former comedian as an “icon,” the outlet hailed his use of “the media and diplomacy” to turn the West against Russia and its president.

Zelensky’s command of “media” – the word ‘propaganda’ is not used – is so great that it convinced the US and Europe to revile not only President Vladimir Putin, but all things hailing from the country, from Russian athletes to Russian blue cats. He got Sweden and Finland to discard decades of military neutrality and apply for NATO membership, and inspired the EU to drop its policy of not arming nations involved in conflict. Nearly the entire bloc was persuaded to sanction Russian oil and gas producers, even though it has driven prices to record highs and wreaked havoc on their economies.

Whether or not Zelensky’s media projections are true doesn’t matter, according to the Post. “There’s little evidence that he actually said ‘I need ammunition, not a ride’ when US President Joe Biden offered to evacuate him from Kiev, but it seemed like something he would say, and that was enough for the quote to go viral,” the newspaper wrote. 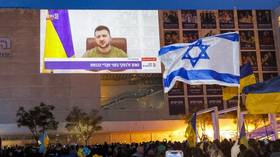 The outlet acknowledges Zelensky “downplayed” his Jewishness during his run for president in 2019, banking instead on playing a likable president on TV. Indeed, in a country where Nazi collaborator Stepan Bandera is now officially declared a hero and where neo-Nazi groups are formally incorporated in the military, focusing on his ethnicity was unlikely to help his campaign.

However, the Ukrainian leader has since made that identity central to his narrative, insisting it is absurd to speak of “de-Nazifying” a country with a Jewish president and likening Russia’s aims in Ukraine to those of Hitler’s ‘Final Solution’.

Despite sprinkling his public speech with Holocaust references, however, Zelensky has been unable to lure Israel fully to his side. While the Jewish state has condemned the Russian military operation and obeyed sanctions imposed by the US and EU, it has not applied sanctions of its own, nor has it contributed to the torrent of weapons flowing to Kiev.

Perhaps most “shocking,” for Zelensky at least, was Israel’s refusal to sell him the Iron Dome, its proprietary missile defense system developed in partnership with the US, even as Washington tried to transfer several batteries to Kiev. The Ukrainian leader complained Israel had done “nothing” for Kiev, even as the country pointed out it had provided over 100 tons of humanitarian aid, built a field hospital and furnished thousands of helmets and flak jackets. (RT)

Pakistani businessmen have been invited to invest in the industrial zones of Azerbaijan. Report informs,…