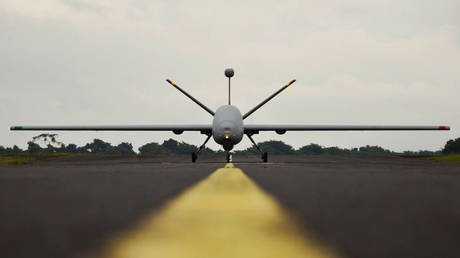 An “unknown actor” was behind the data breach, according to a US-based branch of Israel’s Elbit Systems FILE PHOTO: The Elbit Systems Hermes 900 Kochav (“Star”) UAV © Elbit Systems

An Israeli arms contractor specializing in unmanned aerial vehicles (UAVs) fell victim to a hack that impacted nearly 400 employees, the company said, noting that sensitive personal data was likely stolen from its US branch, Elbit America.

The firm announced the cyber attack in a notification to authorities in Maine earlier this month, as was first reported by TechCrunch on Monday, revealing that 369 staffers were swept up in a hack that occurred in June.

“On June 8, 2022, someone attempted to interfere with Elbit America’s cyber operations. We immediately shut down our network and took steps to secure our environment,” the company said in a letter to those potentially affected by the hack.

After hiring a “leading cybersecurity firm” to investigate, Elbit said it determined that “an unknown actor gained access to and obtained certain data” from its network, including “individuals’ names, addresses, Social Security numbers, dates of birth, direct deposit information, and ethnicity.”

The company offered few other details about the cyber breach, but said it did not believe any personal information had been “misused as a result of this incident.” 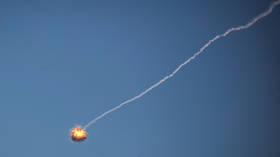 The Texas-based subsidiary did not name any actors believed to have carried out the hack, though cybersecurity blogger Eduard Kovacs observed that a ransomware gang known as ‘Black Basta’ boasted of an attack on Elbit Systems in late June, not long after the company says it was breached. The group reportedly posted a handful of stolen documents on its website at the time, including payroll information and a non-disclosure agreement.

Headquartered in Haifa, Israel, Elbit’s main business primarily offers drone technology, though it has also dabbled in the surveillance industry through a number of acquisitions. According to an investigation by researchers at Citizen Lab, an Elbit subsidiary known as Cyberbit produced spyware used to surveil Ethiopian dissidents in the US, the UK and elsewhere for some time starting in 2016. Elbit later sold most of its shares in Cyberbit and became a minority stakeholder by 2020. 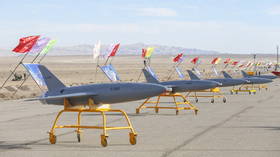 Elbit has come under fire by human rights organizations not only for the Cyberbit controversy, but for its broader role in supplying the Israeli military with attack, reconnaissance and spy drones. In July, activists targeted a factory producing UAV engines for Elbit based in Shenstone, Britain, claiming to inflict thousands of dollars in damage to the facility in retaliation for lethal Israeli raids in the occupied West Bank. In addition to Israel’s own armed forces, Elbit has sold drone tech to a long list of countries, including the United States, Azerbaijan, Brazil, the United Kingdom, Colombia, Georgia and the Philippines, among others. (RT)