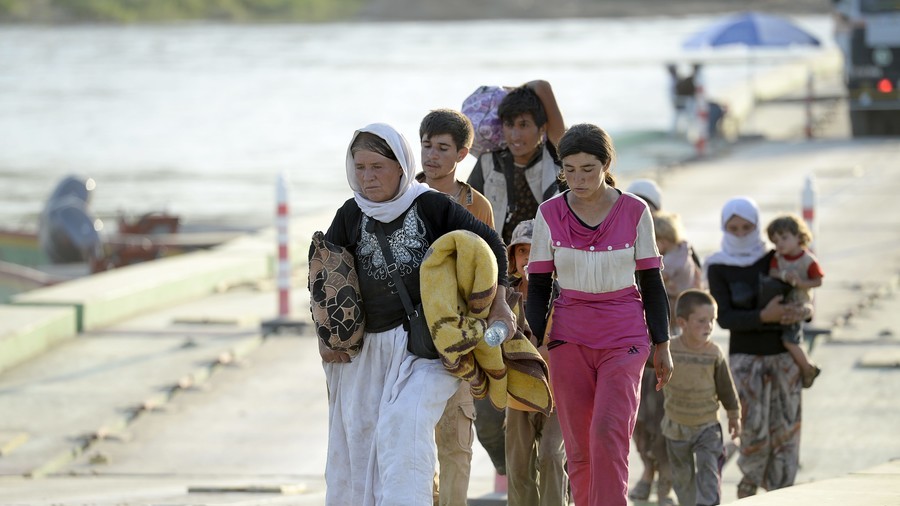 Israeli MPs have refused to recognize the suffering of the Yazidi minority living under Islamic State as a genocide. Up to 5,000 have been killed and over 3,000, mostly women and children, taken captive and enslaved.

On Wednesday, the Israeli parliament voted down a draft bill that would have formally recognized the atrocities of Islamic State (IS, formerly ISIS/ISIL) against the Yazidi people as a genocide.

The proposed legislation was rejected by 58 parliamentarians, including the members from the ruling right-wing coalition led by Israeli PM Benjamin Netanyahu. Thirty-eight votes in support of the bill were not enough to tip the balance.

The ruling coalition holds 61 of the 120 seats, with Netanyahu’s party Likud controlling the biggest share, 30 seats.

The sponsor of the bill, Zionist Union MP Ksenia Svetlova, called the vote “shameful.” She also dismissed the coalition’s argument that the UN has not formally designated the well-documented massacre of Yazidis as genocide as “ridiculous,” according to I24 news.

Read more:   Delegation from Turkey will leave for US

While the UN has not formally labelled the suffering of thousands of the 700,000-strong Yazidi population living under IS rule as a “genocide” either, a UN-mandated inquiry endorsed the notion to do so last year.

Marking the third anniversary of the attack on the Yazidi community on Mount Sinjar in northern Iraq on 3 August, 2014, the Independent International Commission of Inquiry on the Syrian Arab Republic published a report, calling on the international community to “recognize the crime of genocide being committed by ISIL against the Yazidis and to undertake steps to refer the situation to justice.”

The report noted that some 3,000 women and girls are still being held by IS who forces them to endure rape and beatings. Many girls, some as young as 10, have been sold at slave markets as terrorists viewed Yazidis as “non-believers” and thus, property. Thousands of fighting-age men have been slaughtered, while boys were forced to convert to Islam and sent to their deaths. According to various estimates, between 3,000 and 5,000 Yazidi men have perished while as many as 10,000 may have been enslaved. 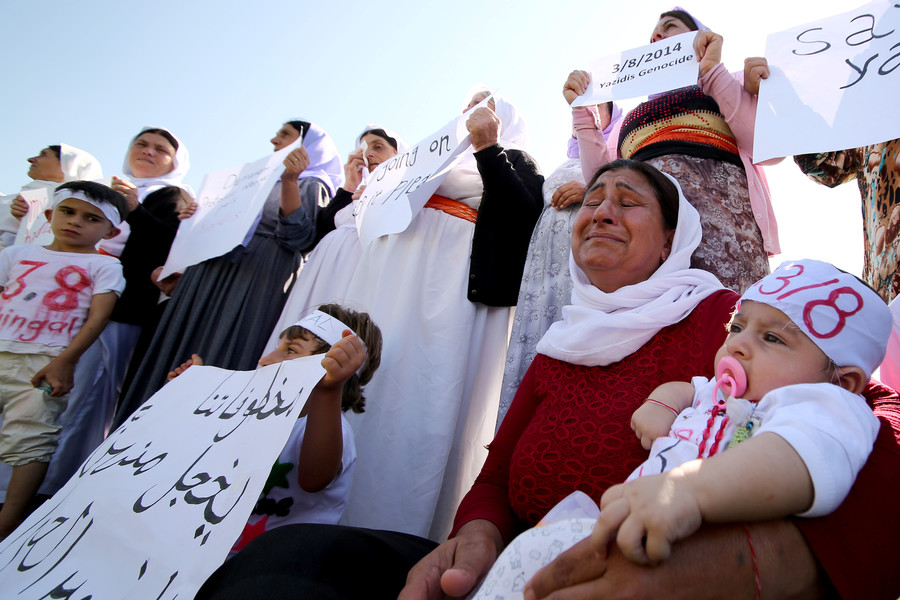 Yazidi women cry as they attend a demonstration at a refugee camp in Kurdish-dominated city of Diyarbakir, Turkey, August 3, 2016 © Reuters / Sertac Kayar

Voicing her dismay with Israeli lawmakers’ decision, Svetlova tweeted that the MPs “voted in hypocrisy and nationalist egoism,” arguing that there was no other explanation for the government’s stance.

Apparently, some MPs wanted to side with Svetlova but were forced to vote along party lines. Likud MP Yehuda Glick, himself an Orthodox Jew, said that he was “ashamed” by his own vote but that he “had no choice” other than to follow his party’s instructions.

Some 85 percent of the Yazidi population is believed to have been displaced by the wars wreaking havoc in Iraq and Syria. Some have sought asylum in Europe. However, not everyone has found safe haven there; one Yazidi teenager recently told RT about her encounter with her IS rapist-turned refugee in Germany.