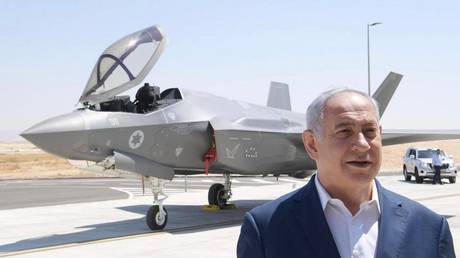 Tehran has mocked Israel’s intensified efforts to root out Iranian presence in the region after the IDF struck targets in Syria, Lebanon and Iraq in one day, while threatening to continue attacks against Iran’s ‘accomplices’.

“These insane operations are absolutely last struggles of the Zionist Regime,” Qassem Soleimani tweeted after the IDF accused the chief of Iran’s Quds Force of personally devising a plot to strike Israel with a flock of ‘killer drones.’

Tensions in the region heated up over the weekend after the IDF struck targets on the outskirts of Damascus, Syria, in order to thwart what it called an imminent attack by Iranian proxies against the state of Israel. While Syria claims it downed most of the missiles, Israel called the pre-emptive strike a success, releasing a blurry video as a proof.

“We will carry out a large-scale attack of killer drones on the ‘Zionist entity’ from Syria.”

It sounded good in your morning meeting, didn’t it?

Hours later, Israel allegedly sent drones to hunt for Hezbollah targets in the Lebanese capital of Beirut. One surveillance UAV was downed by rock-throwing youths over Hezbollah’s media office, while the second “suicide drone” exploded in the air.

Another attack against Iran-linked targets rocked the Iraqi Anbar province near the border with Syria on Sunday afternoon, when two unidentified UAVs targeted transport vehicles belonging to the Hezbollah faction known as Brigade 45. The strike, which the Popular Mobilisation Forces (PMF) blamed on Israel, killed at least one Shiite fighter. (RT)