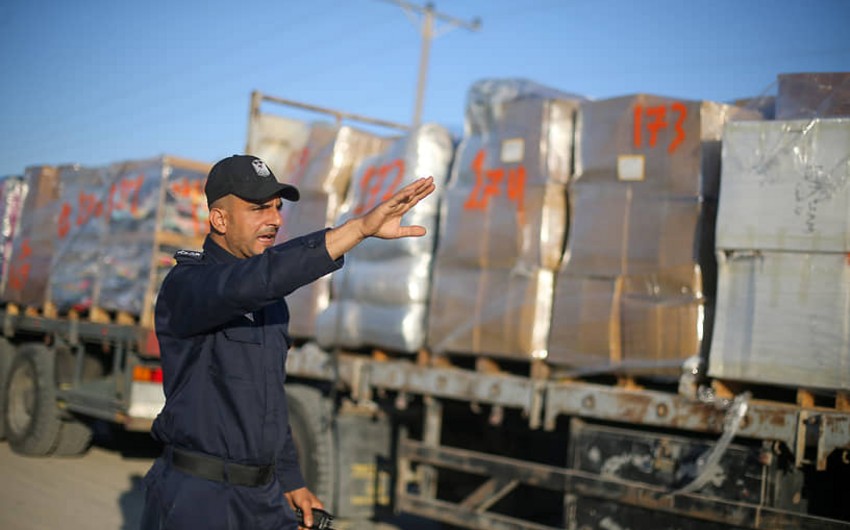 Israel partially opened its border crossings with the Gaza Strip on Monday to allow the transfer of humanitarian aid, following a reduction in rocket attacks from the strip over the past few days, Report informs via Haaretz.

The border crossings have been completely shut for 19 days amid a deteriorating five-month-old truce, with only one convoy of 33 trucks with essential humanitarian supplies entering the strip one week ago.

The move came a day after Hamas was quoted by the Palestinian news agency Ma’an as saying militant groups had reached a deal with Israel to resume the cease-fire if the crossings were opened.

It was not clear whether the decision to reopen the crossings came in tandem with the alleged deal.

Israeli defense officials held consultations Monday to debate easing the blockade if no new rockets landed in Israel. They agreed some 44 trucks with basic goods could enter through the Kerem Shalom crossings with the southern Gaza Strip.