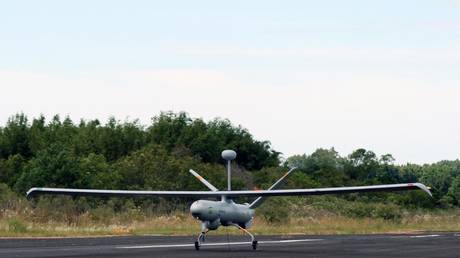 Having been deployed in Gaza since 2008, unmanned aircraft will reportedly now be used for targeted killings in the West Bank An undated handout photo shows an Elbit Hermes drone in use by the Brazilian military © AFP / Elbit Systems

The Israel Defense Forces (IDF) has approved the use of attack drones to assassinate Palestinian terrorism suspects in the West Bank, the Jerusalem Post reported on Thursday. The order comes after a violent Israeli raid a day earlier, and as the IDF increasingly looks to robots to police the Palestinian territories.

According to the newspaper, IDF commanders will be allowed to use drones “to carry out strikes should armed gunmen be identified as posing imminent threats to their troops.” Senior officers discussed the doctrinal change on Wednesday, the report continued, with Chief of Staff General Aviv Kohavi signing off on the order.

Israel has used Elbit’s Hermes 450 drones to carry out targeted assassinations in Gaza since 2008. These drones have been in production since the late 1990s, but establishing a full account of their usage is difficult, as Israel’s military censor had banned reports on their use until earlier this year. 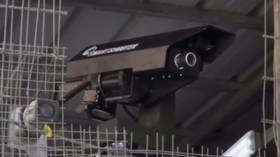 The drones have never been used offensively over the West Bank, at least according to the IDF. However, the decision to change this policy came after four Palestinians were killed and 44 others injured during a raid on a refugee camp in Jenin early on Wednesday. However, the IDF was considering green-lighting drone killings as far back as May, when an Israeli counter-terror commando was killed during a similar operation in Jenin, the Jerusalem Post claimed.

Wednesday’s raid was aimed at arresting the brother of Raad Hazem, who killed three Israeli civilians in Tel Aviv in April. Such attacks, apparently organized and staged from Jenin, have prompted fears that the IDF will soon conduct a large-scale military operation in the West Bank.

While “no one has an interest in launching a large-scale operation,” Interior Minister Omer Bar said in a radio interview on Thursday, “it can happen.”

For now, Israel is hoping that drones and remote-controlled weapons can keep its troops out of harm’s way in the West Bank. The IDF recently installed a remote gun turret in a heavily populated area of Hebron, after reportedly deploying facial recognition technology on the Palestinian territory last year. (RT)