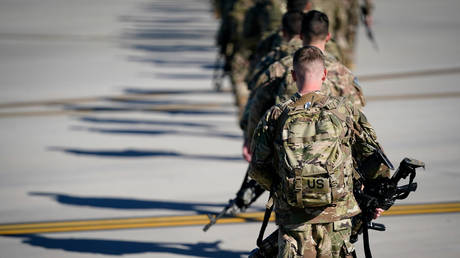 An American soldier has been arrested on terrorism charges, including suggesting wiring explosives into buildings as part of an Islamic State plot to kill US troops, as well as allegedly planning an attack on the 9/11 Memorial.

Ohio man Cole James Bridges, 20, was held in Georgia on Tuesday, and is charged with the assistance of a foreign terrorist organization and the attempted murder of US military service members, the US Attorney’s Office said in a statement.

The private first class, also known as Cole Gonzales, had expressed his support for the terrorist Islamic State group (IS, formerly ISIS/ISIL) on social media, according to the criminal complaint unsealed on Tuesday in Manhattan Federal Court. (RT)