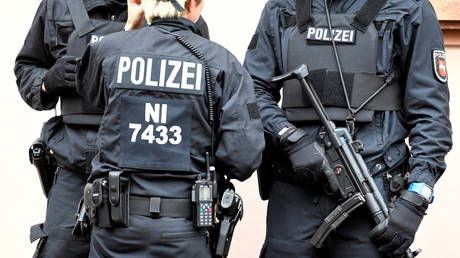 A man described as the head of Islamic State’s (IS, formerly ISIS) recruiting network in Germany has been sentenced to 10 and a half years in a high-profile case that took more than three years to try.

An Iraqi man identified as Ahmad Abdulaziz Abdullah A., also known as Abu Walaa, has been sentenced to 10 and a half years in prison by a regional court in the German town of Celle. He was found guilty of membership in a terrorist organization, lending support to terrorist activities and financing terrorism.

Walaa stood trial together with three other suspects, who were also sentenced to between four and eight years in prison. According to the court, the Salafist preacher led a network in Germany that radicalized young people and sent them to join IS terrorists in Syria and Iraq.

Read more:   Turkish F-16s in Azerbaijan are not currently involved in fighting but will be used if there is 'foreign aggression,' says Baku

At least 20 people travelled to IS-held areas and joined the extremists after being recruited by Walaa’s network, German media reported, adding that two of his recruits carried out suicide bombings in Iraq that led to massive casualties.

One of the jihadists believed to be radicalized by Walaa and his accomplices also sought to commit a terrorist attack in Germany. Known as Safia S., this young woman attacked a German police officer with a knife in 2016 in Hannover and was sentenced to six years in prison.

Walaa arrived in Germany from Iraq as a refugee in the early 2000s, but soon gained prominence as a preacher and became one of the most influential figures in the German Salafist scene. He also led the ‘Deutsche Islamkreis Hildesheim’ – one of the most active Salafist groups – which ran a mosque in the town of Hildesheim near Hanover. The group’s members, however, operated in other cities as well.

The man is also reported to have some links to Berlin terrorist attacker Anis Amri, who deliberately rammed a heavy truck into an overcrowded Christmas market at Breitscheidplatz public square in 2016, killing 12. Amri reportedly visited Walaa’s mosque in Hildesheim, but it is unclear whether the Salafist preacher influenced his attack plans in any way.

Walaa has been in the crosshairs of the German security services for quite some time, particularly in the wake of Amri’s attack. His mosque was closed and the organization he led was banned in 2017. Before that, he was also active online. The preacher had his own YouTube channel where some of his videos received over 40,000 views. He also boasted around 25,000 followers on Facebook, where he called himself ‘Sheikh Abu Walaa’, while offering “admonitions, hadiths, recitations and information on lessons.” (RT)

Huawei Technologies Co has started to sell smart vehicles in its flagship stores across China,…