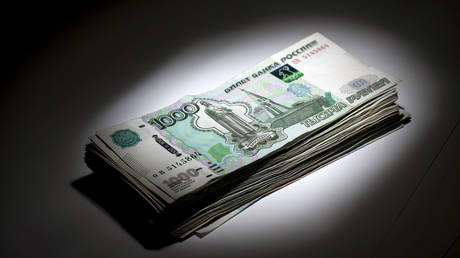 The economic state of play is very different now to even just a few decades ago By Paul Robinson, a professor at the University of Ottawa. He writes about Russian and Soviet history, military history and military ethics, and is author of the Irrussianality blog. He tweets at @Irrussianality.© Getty Images / Bloomberg Creative Photos

Economic coercion is the West’s favourite tool to influence Russian behaviour. But with oil prices rising, Russia’s economy growing, and the West backing off from pledges to exclude Russia from SWIFT, this policy seems to have reached a dead-end.

In 2014, the Russian economy was struck by a double-whammy. First, the oil price collapsed. And second, Western states imposed a series of sanctions in response to events in Ukraine. The immediate impact on Russia’s economy was dire, sending GDP plummeting.

Economists had problems determining which was more responsible for Russia’s problems – the oil price or the sanctions – but most came down in favour of the former. Cheaper oil translated into a less valuable ruble, which increased the price of imports and created inflationary pressures. To this end, the Central Bank responded with higher interest rates, depressing demand and thereby GDP.

The economic crisis of 2014 created hopes in the West that Russia could be brought to its knees. Pundits predicted that cheap oil was here to stay. Beyond that, the introduction of so-called ‘sectoral sanctions’, targeting Russia’s energy, financial, and military industries, was meant to strangle what were seen as the most vital sectors of the Russian economy. 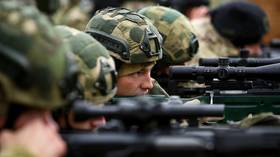 Is an all-out Russia-Ukraine war about to break out?

It would not be long before Russia would be bankrupt, some claimed. Speaking in Ottawa in November 2014, former Russian Finance Minister Mikhail Kasyanov stated that within two years, Russia would have used up all its financial reserves and would have to severely cut government spending. The Russian people would then turn away from the government en masse. In the face of cheap oil and sanctions, the ‘Putin regime’ was doomed.

It didn’t turn out that way. Sanctions had a rather marginal impact on the Russian economy. The government responded effectively by important substitution, providing financial aid to threatened sectors, and finding new sources of much-needed technologies (most notably China). This came at a price, but Russia weathered the sanctions storm quite well.

Rather than declining, Russian oil and gas production has remained steady. Moreover, the price of hydrocarbons has rebounded. This week, Goldman Sachs issued a prediction that oil would reach $100 a barrel by the end of the year, as the world economy recovers from the Covid-induced recession, and demand for oil and plastics increases. Suddenly, the picture is looking very different from what it did in 2014.

In fact, the Russian government is flush with cash. Russia’s international currency reserves hit a record high of $600 billion last year. Meanwhile, the country’s debt in relation to GDP is one of the lowest in the world – especially given that, much like other former Soviet states, much of its GDP is uncounted, off the books in the black and grey economies. This compares very favourably to Western states, who have borrowed on a massive scale during the Covid pandemic and are afloat in a sea of debt. It’s the West that is looking bankrupt, not Russia.

That’s not to say that all is well with the Russian economy. Inflation has risen to 8%, and the World Bank predicts that GDP growth will slow from 4.3% in 2021 to 2.4% in 2022. This is far below the rate Russia needs in order to catch up economically with the West. Still, it is growth, not decline. The Russian economy suffered much less than many other countries during the Covid pandemic and has recovered faster. Russia is perhaps not doing well, but it’s not doing immensely badly either. (RT)