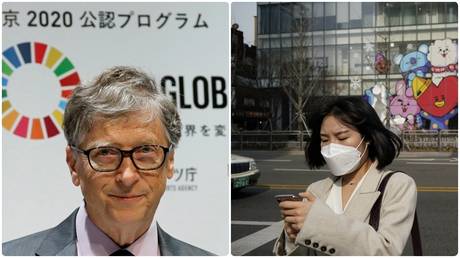 South Korea’s biggest telecom firm is banding with Bill Gates to develop next-generation quarantine methods. The $10-million project may stir uncomfortable thoughts in those who suspect the billionaire of having a sinister agenda.

KT, the Seongnam-based multinational giant, plans to use its expertise and access to communications data to identify early and predict the spread of infectious diseases. Smartphones could be used, for example, to measure body temperature with a sensor and to collect other symptoms from a user. And geotracking data helps monitor the migration of people and their contacts.

Over the next three years the company wants to develop AI-based algorithms that will turn such raw data into a system that would give an early warning about an unfolding epidemic. KT also wants a computer model to predict how an infection would spread. The cost of the research, called “A Next Generation Surveillance Study for Epidemic Preparedness,” is 12 billion won ($9.7 million) and half of it will be covered by the Bill & Melinda Gates Foundation, KT announced on Sunday. (RT)